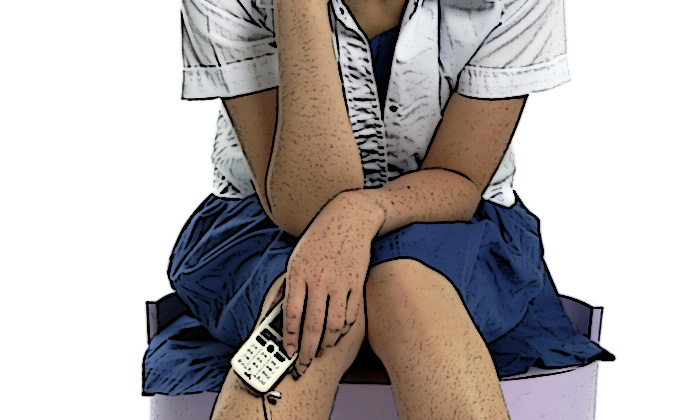 A 22-year-old man, who sexually abused his sister's young daughter was on Wednesday (June 22) jailed for 20 months.

The man had earlier pleaded guilty to three charges: one count of committing an indecent act on a minor and two counts of sexual penetration of a minor.

He cannot be named to protect the victim's identity.

The girl's parents slept in one room, while the girl, her younger brother, and her teenage uncle shared another room.

One night, the uncle crawled under her blanket and performed an obscene act on her for a few minutes before going back to sleep.

The girl did not resist or tell anyone about what happened.

The uncle later stayed with her family again at their HDB flat, somewhere in the northern part of Singapore.

This time, he shared the same room as the girl, her mother and her brother.

One night in January 2015, when the girl was 14 and he was 20, she surfed the Internet in the room while he watched an anime show.

With her mother and brother sleeping in the same room, the uncle touched her inappropriately and penetrated her for a few minutes .

A few days later, while she was about to sleep in the room, he did the same thing.

His crimes came to light when the girl spoke to a school counsellor regarding her relationship issues.

The court also heard that the girl told a psychiatrist that she felt guilty and angry at herself for what had happened, and guilty for turning her uncle in.

The prosecution had asked for 21 to 24 months' jail, noting that the uncle had abused the girl and his family's trust.

Defence lawyer Favian Kang had said in mitigation that the girl and her family have forgiven the culprit. The lawyer also read out a letter written by the girl to the court pleading for a lighter sentence for her uncle.

Mr Kang had also said the girl and her uncle had an age gap of just six years and grew up "like childhood playmates" and that "things just happened" between them.