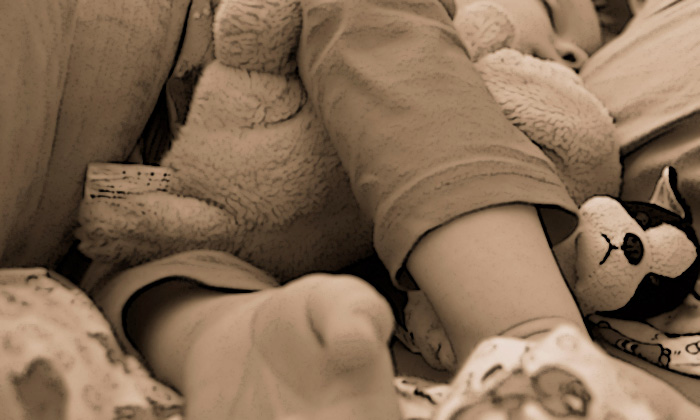 A man who sexually assaulted his 10-year-old niece in 2013 was on Thursday (July 14) sentenced to 8½ years' jail and eight strokes of the cane.

The man, now 46, pleaded guilty to one charge of sexual assault by penetration. One count of using criminal force to outrage the modesty of a young person was taken into account in sentencing.

He cannot be named to protect the girl's identity.

A district court heard that the girl was very close to the man and his wife- the girl's maternal aunt.

She addressed them as "Papa" and "Mummy" respectively, and would often stay over at their flat during her school holidays and over long weekends.

On Aug 15, 2013, the uncle picked the girl up from her Toa Payoh home at night. He left her alone to watch television in his flat at about 10pm and went to work.

At around midnight, however, he returned home reeking of alcohol.

At about 1am on Aug 16, 2013, he asked the girl to go to bed and she went to lie down on the bed in the master bedroom, where she slept whenever she stayed over.

Shortly after, he went to lie down beside her. He was clad in his boxers and she was in her pyjamas.

He began to cuddle her, thinking she was asleep. She did not sense anything amiss and kept her eyes closed. Soon after, her sexually penetrated her with his finger. He stopped when the girl cried in pain, the court heard.

"Confused and frightened, the victim continued lying on the bed with her eyes closed. She only fell asleep after hearing the accused snoring," Deputy Public Prosecutor Sharmila Sripathy-Shanaz told the court.

Over the next few days, the girl remained troubled over the incident, but she feared the consequences of telling her parents about it, as she was very close to her aunt, the court heard.

On Aug 23, 2013, she finally told her mother. The mother contacted her sister and they agreed that the girl would no longer see her uncle.

The next month, the girl's father found out about the incident and insisted that a police report be made. He had read a series of text messages from the girl's phone, in which she expressed distress at not being able to see her aunt anymore.

A child psychiatrist who assessed the girl on Oct 21, 2013, found she treated her uncle and aunt like her "real parents".

The psychiatrist noted that the girl reported feeling sad, betrayed and disappointed with her uncle. She also felt angry about it and worried about her aunt, who was blaming her for what happened.

It was also noted that she had recurrent thoughts about the assault and this affected her mood, her sleep, her appetite and her desire to attend school or engage in her usual activities.

The maximum punishment for sexual assault by penetration is 20 years' jail with a fine and caning.