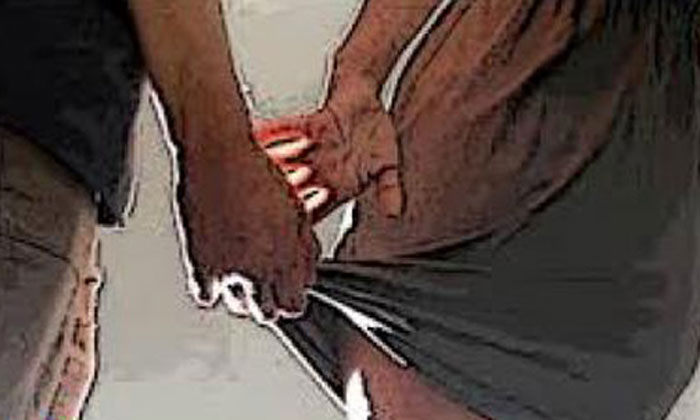 A photographer who stroked a woman's private parts during a photo shoot was jailed for 12 months and given three strokes of the cane by a district judge, who also ticked off the studio director for being "highly economical with the truth".

District Judge Janet Wang found Liew Hoo Ling, 43, guilty of outraging the modesty of a 27-year-old analyst who had gone to The Makeover Inc studio in Orchard Road on Sept 21, 2014, for a complimentary makeover and photo shoot.

"What promised to be a novel experience was marred by darker undertones. Under the guise of professional photography, the accused outraged the complainant's modesty during the photo shoot," wrote the judge in decision grounds released yesterday.

The woman, who cannot be named, was ushered, after getting made up, into the room for the photography session where she met Liew.

They started with more formal shots before proceeding to less formal ones, for which she wore a short skirt. She then changed into a long green dress with a mandarin collar and did several poses in that.

The offence occurred when he told her to lie on her stomach on the floor. When she appeared to be in the wrong position, Liew went over to assist her, and tucked her skirt underneath her pantyhose, exposing her buttocks and panties. He then touched her private parts while indicating to her to raise her bottom. The whole incident happened in seconds.

She was "dumbfounded", not having expected this to happen and later raised the matter with the studio's director, Ms Brenda Goh, as well as her then boyfriend. She lodged a police report that day.

In court, she testified that her complaint was not with Liew touching her buttocks while adjusting her skirt but with the stroking, which was "out of line".

Deputy Public Prosecutor Claire Poh argued the victim had no motive to falsely accuse Liew, pointing out, among other things, that she had never met him before that day.

Shortly after the session, the victim asked a staff member and Ms Goh about Liew's sexual orientation and appropriateness of conduct respectively, which showed that she had not fabricated her accusation, according to the judgment grounds.

Defended by lawyer Sarbrinder Singh, Liew denied the charge, pointing out that the woman was "very happy" after the photo shoot when he took her to see his colleague to select her photographs.

The district judge found Liew to be an " unreliable witness" who was "short on the truth and long on embellishment". In contrast, the complainant was credible and her distress was "palpable and real", she said, noting that she broke down at various points during her testimony.

The judge also described Ms Goh as a "partial witness with a vested interest in the proceedings", given that her firm, The Makeover Inc, was heavily reliant on Liew.

The judge criticised the "cavalier manner" in which Ms Goh had handled the complaint against Liew, noting that she did not conduct an internal probe into the incident and recognised the need for a closed- circuit television camera in the studio only when police advised it.

The judge added that Ms Goh was "more anxious about her studio's reputation than the complainant's plight".

"The accretion of the evidence presented substantially dented the defence of the accused," she said in convicting Liew of the charge.

Liew is on bail pending his appeal.

Related Stories
31-year-old serial flasher exposes himself to 7 people and molests woman on board MRT train
Man robs masseuse, sexually assaults her for an hour and threatens to kick her private parts
Man positions himself behind attractive woman and brushes his groin against her right buttock on MRT
Man who lifted housemate's blanket while she was sleeping naked jailed for 12 weeks
indecent
pervert
molest
crime
jailed
jail
court
courtroom
Orchard Road photographer stroked woman's private parts during shoot