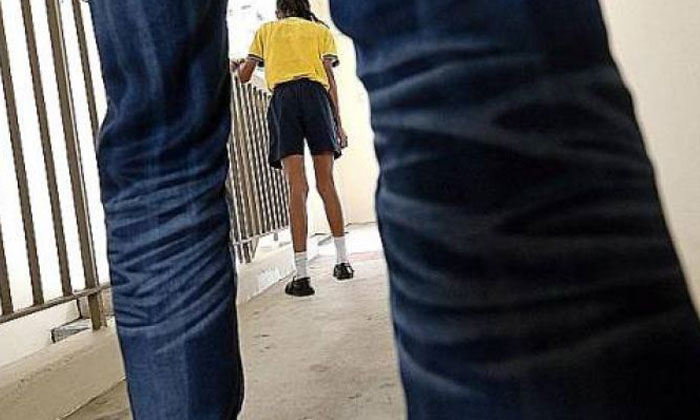 A flasher exposed himself in public seven times between May and September, targeting both girls and women, a court heard.

He has a string of convictions for exposing himself in public dating back to 2007, and committed two of his latest offences while out on court bail.

On Monday (Oct 24), Budiman, who worked as either an assistant chef or a cleaner at the time of the offences, was jailed for nine months.

He pleaded guilty to four charges of doing an obscene act in public and one of molestation.

Three other charges of committing an obscene act in public and one of insulting the modesty of a woman were considered in sentencing.

A Community Court heard that at about 6.50am on May 4, a 15-year-old and her friend saw Budiman with his shorts down at a bus stop near Block 358, Yishun Ring Road.

The two teens ran towards their school nearby.

Two weeks later, at about 8.25am on May 17, a 32-year-old woman who was on the MRT train felt Budiman's crotch bumping into her right forearm a few times.

She took photos of him with her mobile phone.

Two weeks later, at about 2.45pm on May 29, Budiman exposed and touched himself in front of a 21-year-old woman at a bus stop near Block 367, Yishun Ring Road.

On the afternoon of June 11, he walked up to a 20-year-old and her maid at a bus stop near Block 790, Yishun Avenue 2 and exposed himself. The younger woman took photos of him.

Just three days later, at about 12.55pm on June 14, a 14-year-old girl who was at a bus stop near Block 314, Yishun Ring Road saw Budiman exposing himself at the void deck of a HDB block.

The next month, at about 6.30pm on July 6, a 12-year-old girl who was riding her bicycle with her younger brother near Block 611, Woodlands Ring Road saw Budiman exposing himself.

He was out on court bail at the time.

Still, his spate of crimes did not stop.

At about 4.40pm on Sept 3, Budiman exposed and touched himself near a badminton court near Block 789, Woodlands Avenue 6, where some girls were at.

At about 7am on Sept 13, he exposed and touched himself in front of a 35-year-old woman at a bus stop near Block 794, Woodlands Avenue 6.

According to two reports from the Institute of Mental Health, Budiman suffers from exhibitionistic disorder and has a high risk of re-offending. He was not of unsound mind when he committed the offences.

Related Stories
Man takes upskirt videos of 33 women -- then ranks them by beauty
Man asks intellectually disabled woman to be his GF and gets her to send topless photo -- then gives it to friend to upload on Facebook
More About:
flasher
inappropriate
indecent
molest
jail
court