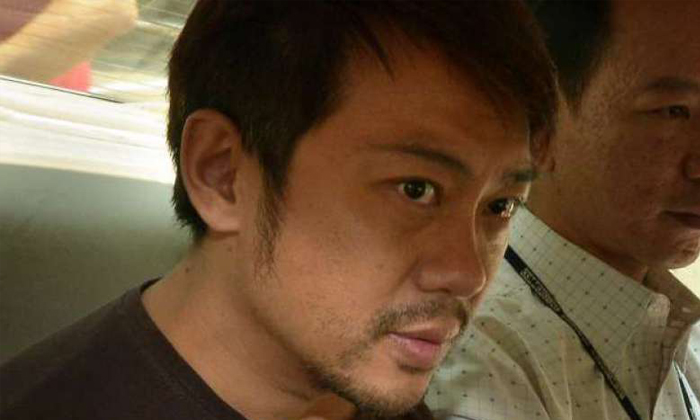 In another mid-trial twist, former China tour guide Yang Yin, who is facing two charges of misappropriating $1.1 million belonging to an elderly widow, on Wednesday (July 27) said he had changed his mind and would not be pleading guilty.

Three weeks ago, on the fifth day of his trial, Yang, 42, had abruptly decided to throw in the towel. His lawyer Irving Choh told the court: "My client, in an unusual twist, has decided to plead guilty to two charges."

But on Wednesday (July 27) morning, Mr Choh said: "He has changed his mind."

Asked by Deputy Presiding Judge of the State Courts Jennifer Marie to confirm his decision, Yang told the court through a Mandarin interpreter: "Yes I confirm what my counsel has said, because we have many (pieces of) evidence that we have yet to show."

He got to know the elderly widow, 89-year-old Madam Chung Khin Chun, who is childless and was diagnosed with dementia in 2014, when he was her tour guide in Beijing in 2008. He moved in to stay with her at her Gerald Crescent bungalow a year after they met. In 2010, she made a will in which he stood to inherit everything.

However, in April last year, the courts recognised a new statutory will that her niece, Madam Hedy Mok, made on her behalf. Under the new will, most of her assets would go to charity.

Madam Mok took out a series of civil actions in 2014, claiming her aunt had been unduly influenced by Yang, putting the case in the media spotlight. She also sued him for manipulating the widow to control her assets, estimated at $40 million.

Yang was arrested in September 2014 and charged a month later with a slew of crimes - mostly falsifying receipts made to his company, Young Dance and Music Studio, so he could stay in Singapore. He was also charged with cheating, immigration crimes, and breaking Companies Act laws. He has been in remand since October 2014.

On May 31, he pleaded guilty to 120 out of 347 charges; the rest will be taken into account when he is sentenced after the ongoing trial for his most serious charges are over.

On the sixth day of the trial on Wednesday (July 27), Deputy Superintendent of Police (DSP) Jane Lim Miaoqing took the stand again as the prosecution's 11th and final witness.

The investigator with the police's Commercial Affairs Department told the court that Yang twice lied during recorded interviews in late October 2014.

Yang at first said he withdrew $600,000 from Madam Chung's bank account in January 2012, to buy five paintings with the money. Later, he said: "Actually, my grandmother (Madam Chung) asked me to take out $600,000. I passed her the cash after I withdrew it."

However, he later did a U-turn. "After thinking about it, I realised that I did buy the five paintings and I do not know why I told you otherwise just now."

The court on Wednesday also heard from Yang's lawyer, Mr Choh, that Madam Chung and Yang had an agreement not to let anyone find out that she had passed him the money, "because she knew the transfer of monies from her to him would cause jealousy and gossip".

The trial continues on Aug 2. Yang is expected to take the stand.