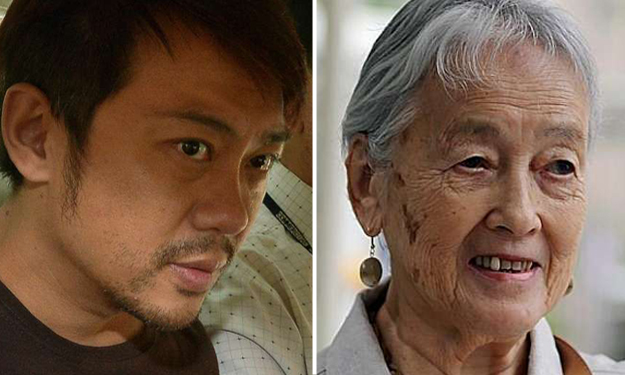 The former China tour guide at the centre of a dispute over the assets of a wealthy widow has pleaded guilty to 120 charges relating to immigration offences and falsification of receipts.

Out of 120 charges, 110 were for the falsification of receipts made to his company. The remaining were for immigration and cheating offences, as well as breaking Company Act laws. The rest of the 227 charges were taken into consideration.

The 42-year-old looked expressionless with his head slightly bowed as the charges were read out to him in Mandarin through an interpreter.

Deputy Public Prosecutor Nicholas Tan said that the former tour guide still faces two remaining criminal breach of trust charges which will be heard in separate proceedings. The hearing is scheduled to start in June and July.

This is the second time that Yang has made his public appearance after he was denied bail and under remand since October 2014.

Yang was arrested in September 2014 and charged a month later with a slew of offences, mostly falsifying receipts made to his company, Young Dance and Music Studio, so he could stay in Singapore. Yang also faces charges for cheating as well as breaking Companies Act laws.

His most serious offences, however, are two criminal breach of trust charges over allegedly misappropriating $1.1 million from wealthy widow Chung Khin Chun. These will be heard next month and in July.

The high-profile case was first reported in 2014 when Madam Chung's niece, Madam Hedy Mok commenced a series of legal actions against Yang in the High Court.

Yang got to know the 89-year-old widow when he acted as her private tour guide during a trip to Beijing in 2008. In 2014, Madam Chung was diagnosed with dementia.