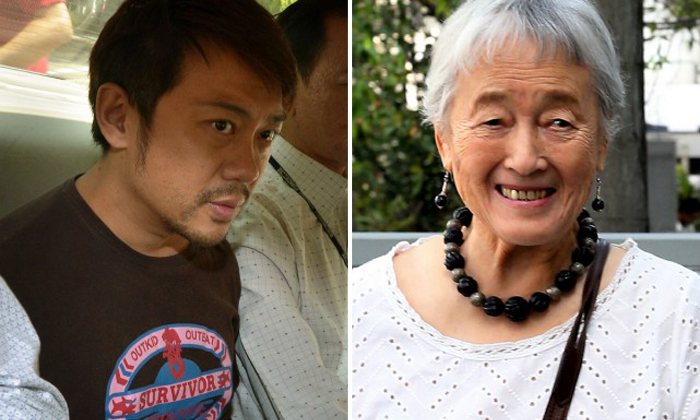 Former China tour guide Yang Yin, who is in a tussle for a widow's $40 million assets and facing 349 criminal charges, has claimed trial to the two most serious charges - that of siphoning $1.1 million from the widow.

The two charges for criminal breach of trust said that Yang misappropriated $500,000 and $600,000 from Madam Chung Khin Chun, 89. He had claimed previously that the monies were used to buy paintings for her.

Deputy Public Prosecutor Sanjiv Vaswani said in court today (July 1) that the prosecution is challenging the authenticity and value of the paintings, Channel NewsAsia reported.

For criminal breach of trust, Yang faces up to seven years' jail or a fine, or both.

Yang was convicted in May of 120 charges, including those of falsifying receipts and company accounts, and duping the authorities into granting him permanent residency here.

Yang has been in remand since October 2014, after he was denied bail.

Yang acted as Madam Chung's private guide in China during a trip in 2008. A year later, he came to Singapore and moved into Madam Chung's bungalow, claiming that she wanted him as her "grandson".

He then set up a sham company and later obtained permanent residency in Singapore. His wife and two children also moved here.

Madam Chung's niece, Madam Hedy Mok, applied to become her aunt's guardian after Madam Chung was diagnosed with dementia in 2014. After discovering that Yang already had Lasting Power of Attorney over Madam Chung's matters, Madam Mok sued Yang. She also confronted Yang's wife at the bungalow in September that year, trying to get Yang's family to leave.