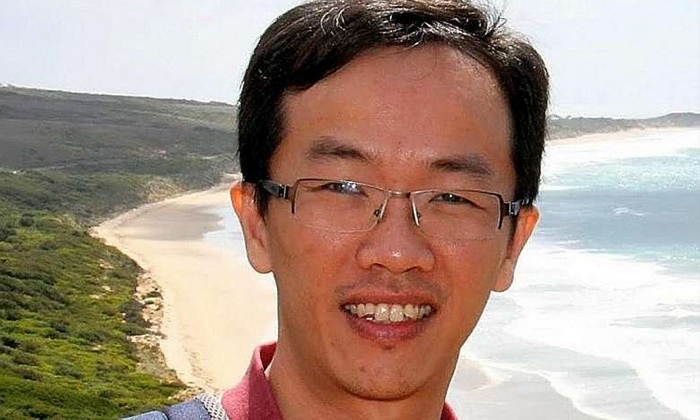 A primary school teacher unzipped his pupil's shorts to look at the underwear he had bought him, and on a separate occasion asked the boy to unzip his trousers, exposing his underwear to the pupil, a court heard yesterday.

Colin Ting Fook Mun, 41, who quit teaching 1-1/2 years ago, pleaded guilty to three of eight charges of committing an indecent act with a child, and was jailed for 12 months.

The acts occurred at the primary school between March and September 2014 and in January last year.

Investigations showed that some time in September 2014, Ting asked the boy to help him carry some class materials to the staffroom after class. When they were walking back to the classroom, Ting stopped outside the male toilet and gave the boy a plastic bag containing three pairs of underwear.

He told the pupil to try the black underwear. The boy complied.

When the boy came out from the toilet, Ting told him that he wanted to see the underwear he was wearing. The boy remained quiet.

Ting then unzipped the boy's shorts and looked at his underwear for a short while before zipping them up again. Later that day, after school, Ting gave the other two pairs of underwear to the victim.

Some time around January last year, Ting bought about six pairs of underwear for himself and told the victim. He would wear a different pair of underwear each day, and ask the boy to stay back after school each day to look at them.

On Jan 5 and 6 last year, when Ting was alone with the boy, he told him to unzip his trousers so that the victim could see his underwear. The boy did what he was told.

Deputy Public Prosecutor James Chew said the boy did not tell anyone about these incidents as he was scared, and Ting had told him not to.

The episodes came to light only in April last year when the victim's aunt asked him why he had to stay back in school.

"The victim's aunt had jokingly told him to be careful as there are some 'pervertic' (sic) teachers, and the victim replied that there was 'only one, not a lot','' said DPP Chew.

Ting's lawyer Philip Lam said his client was very remorseful. Over 15 years, Ting had taught more than 600 pupils without incident, he added.

Mr Lam said Ting was suffering from avoidant personality disorder and depression at the time. But an Institute of Mental Health psychiatrist said he did not suffer from any mental illness during that period.

DPP Chew said Ting's indecent acts over a prolonged duration were serious and should not be trivialised. He added that the accused had abused his position of trust and committed the acts within school premises where he found ways to isolate the victim.

He noted how these episodes "must have had a very adverse impact" on the victim's mental state. The victim said he felt "disgust'' about the incidents, and that if other teachers asked him to help carry things, he would get his other classmates to do so instead.

District Judge Mathew Joseph said this was a gravely disturbing case as there was an abuse of trust, and because it involved a very young and vulnerable victim.

He commended Ting for taking responsibility for his actions. He hoped that he could continue to be a useful and contributing member of society.

"Your acts have brought a stain on the profession as a teacher. This is highly regrettable,'' the judge said.

Ting could have been fined up to $10,000 and/or jailed for up to five years on each charge.

Related Stories
22-year-old admits touching his sisters' breasts and stripping naked in front of them when he was aroused
Engaged man kisses nurse taking care of his mum -- then touches her breast and slaps her buttock
JC student 'felt an urge' to molest 8-year-old girl after seeing her in ballet attire
More About:
court
courtroom
indecent