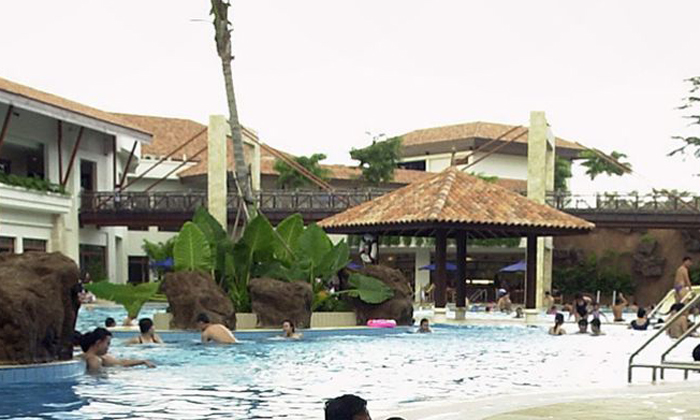 He felt an urge to touch the eight-year-old girl after seeing her in her ballet attire.

After luring her away from her sister, he molested her.

The girl, who was in Primary 3, and her mother made a police report later that day.

Yesterday, Liu Yiming, 18, a second-year junior college student, was sentenced to 18 months' probation for one count of outraging the girl's modesty.

Court papers said the girl and her older sister were at the Safra Yishun clubhouse for their ballet lesson on March 26.

They cannot be named due to a gag order on the victim's identity.

They were waiting at the lobby for their mother to pick them up when Liu, who was there for his school's co-curricular activity training, noticed them in their ballet outfits.

He approached them, told the younger girl he wanted to do a survey and asked her to follow him to the second storey of the clubhouse.

There, he asked her what she was wearing on her legs.

She replied they were stockings.

Liu then touched the girl's right knee and molested her.

He stopped and withdrew his hand when he realised that what he did was wrong.

He told the authorities that he felt a sudden urge to molest her after seeing her in her ballet outfit.

The girl, accompanied by her mother, made a police report that day.

For molesting the girl, who was under 14, Liu could have been jailed for up to five years with a fine and caning.

Related Stories
77-year-old man who molested girl, 14, on bus: Lawyer says he touched her to say bye
43-year-old cleaning supervisor molests 11-year-old stepdaughter while she was sleeping
Man molests seven-year-old girl at Boon Lay Shopping Centre -- then touches her buttocks after he 'feels an urge' again
Student sneaks into woman's room to molest her after getting aroused from hearing flatmates have sex
Dad from hell gets 3 years' jail for abusing 4 of his 5 children: 'A child's worst nightmare'
More About:
pervert
child abuse
child
inappropriate
molest
student
Youths behaving badly