Brazilian jailed for slapping woman's buttock, then punching and kicking her at Orchard Rd 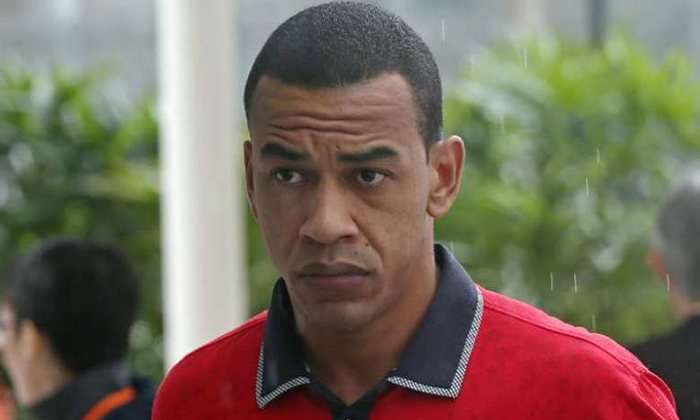 A Brazilian sailor who molested and assaulted a 24-year-old woman was jailed for two weeks on Friday (Nov 4).

Adriano Alves Dos Santos, 30, admitted to slapping the Malaysian woman's buttock with his left hand, and punching her on the left cheek and kicking her in the abdomen along Orchard Road at about 3.25am on June 5.

The court heard that on June 4 at about 11pm, the victim and her two friends went to Club Sonar, Orchard Road, to hang out.

She left at about 3.10am to take a taxi with the intention of heading home. But she made a detour and returned to the club to pick up her friend who had called to say that she wanted to go home as well.

When the taxi arrived at the entrance of the club, she could not find either of her friends. She got down from the taxi and started walking towards Orchard Towers to look for them.

As she walked past Dos Santos, who was slightly tipsy after several beers with his friends, he slapped her once on the left buttock.

Her friends had arrived by then, and witnessed the incident. The victim shouted at Dos Santos and hit him with her handbag. She also started crying.

Dos Santos turned back and walked towards the victim. He then punched her once on her cheek, and kicked her in the abdomen when she fell to the ground.

A passer-by approached some police officers on duty outside Orchard Towers. Dos Santos was later arrested.

The victim was taken to hospital and found to have contusions on her left cheek, right shoulder, armpit and calf. She was given two days' medical leave.

Deputy Public Prosecutor Winston Man, who asked the court to jail the accused for two weeks, said what was aggravating in this case was that despite his imposing physical build, Dos Santos saw it fit to attack the victim in the aftermath of the molest.

He said it was apparent from the facts that significant force was used. He floored her and continued to kick her when she was already down, he added.

Dos Santos' lawyer Leon Koh said his client had lost his job and had to start from "ground zero" when he returns home.

A third charge of pushing the victim's male friend causing the 36-year-old to fall to the ground was considered in sentencing.

In a separate case in the same court on Friday, Indian national Ganesan Gnanasekaran, 26 a production and general supervisor, was fined $3,000 for touching the right buttock of a 23-year-old woman as she was returning home along the walkway of Yishun Avenue 2 at 10.55pm on April 9.

The maximum penalty for outrage of modesty is two years' jail, fine and caning.

Related Stories
Man flees after allegedly molesting university students on their way back to hostel in Malaysia
31-year-old serial flasher exposes himself to 7 people and molests woman on board MRT train
'He cheated on me over and over again, was accused of molestation during my pregnancy, and hit me when we quarrelled'
man molests woman at Orchard Rd
molest
jailed