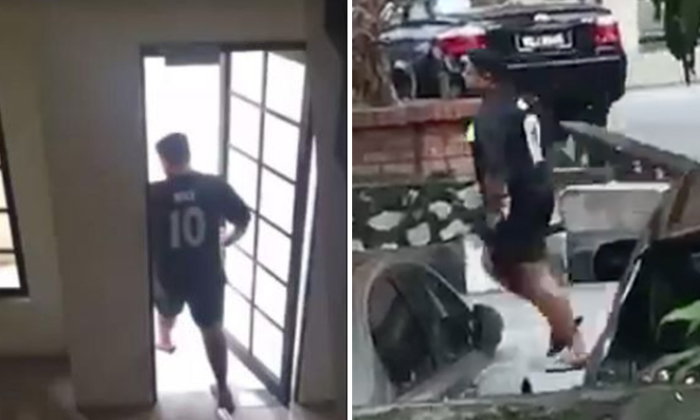 Two university students in Malaysia were allegedly molested by a man while on their way back to the hostel.

The two victims, Cristal Chua and Tammy Ong, both in their twenties, are students of Universiti Tunku Abdul Rahman (UTAR) in Sungai Long, Selangor.

The duo were reportedly heading back to Chua’s hostel when the man surreptitiously sneaked up behind them and groped her rear end.

Ong claimed that the man also grabbed her chest and fled when she started shouting.

The two girls uploaded a video of the alleged attacker fleeing the scene onto Facebook, advising caution if anyone were to bump into the man, and to take photographs or videos of the culprit as evidence should the same thing happen to them.

She also urged netizens to help identify and oust the culprit should they spot him.

Said Cristal: "I thought it was Tammy (touching my buttocks). I was shocked to see a man behind me. He then turned towards Tammy and tried to molest her when she shouted."

Cristal also gave a verbal description of the culprit, stating that the man was plump, short and wore a black jersey with the the word 'Mike' and the number '10' written on it.

The incident has been reported to the Sungai Long police station.

Related Stories
Orchard Rd studio photographer stroked woman's private parts during photo shoot
Man robs masseuse, sexually assaults her for an hour and threatens to kick her private parts
Parents trusted man who took their 3 primary school boys on outings -- but he had been forcing them to do oral sex
JC student 'felt an urge' to molest 8-year-old girl after seeing her in ballet attire
molest
crime
Malaysian university students molested
Malaysia
students