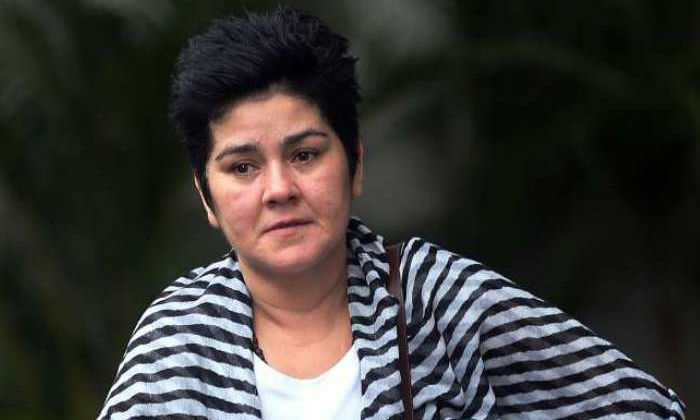 A beautician who abused a taxi driver and bit him on his forearm was sentenced to two weeks' jail on Tuesday (Oct 18).

Portuguese Paula Alexandra Aiyos Ribeiro, 45, who is a Singapore permanent resident, was drunk when she bit Mr Lee Chee Wing, 56, on his right forearm at the void deck of Block 646 Yishun Street 61 at about 2.40am on Dec 17, 2015.

She pleaded guilty. A second charge of using abusive words was considered during her sentencing.

Deputy Public Prosecutor Rimplejit Kaur said that Mr Lee picked up Ribeiro and her husband, Myanmar national Aye Tun alias Maung Maung, from a taxi stand at Clarke Quay at about 2.10am that day. The couple wanted to go to Block 646 Yishun Street 61.

On arrival at the carpark of Block 646, Mr Lee stopped his taxi and told the couple that the total taxi fare was $31.50.

Ribeiro and her husband alighted without paying the fare.

Mr Lee got out of the Mercedes cab and asked the couple to pay the fare. But they ignored him and continued walking.

Mr Lee said he would call the police if they did not pay. Ribeiro then hurled vulgarities at the victim, who lodged the first information report.

While waiting for the police to arrive, the couple tried to leave the scene. Mr Lee held on to Mr Aye Tun's T-shirt to prevent the couple from leaving.

Suddenly, Ribeiro held on to Mr Lee's right arm and bit him. She also hurled vulgarities at him.

When the police arrived, Mr Aye Tun helped his wife to check her wallet for money and eventually paid the victim the taxi fare.

Ribeiro, who cried throughout the proceedings, said she was sorry and had been drunk.

She pleaded to the court to give her a chance.

The maximum punishment for causing hurt is two years' jail and a $5,000 fine.

Related Stories
Truck driver breaks colleague's skull with beer bottle at Geylang restaurant after heated dispute over drinks
Men shout at each other in the middle of Toa Payoh road -- over a supermarket trolley
Driver parks car at double yellow line area and gets into heated dispute with man who tries to snap a photo of his vehicle
Female Mercedes driver allegedly knocks down biker -- then argues with passers-by and splashes water on guy
More About:
court
courtroom
dispute
woman bites cabby
cabby
assault