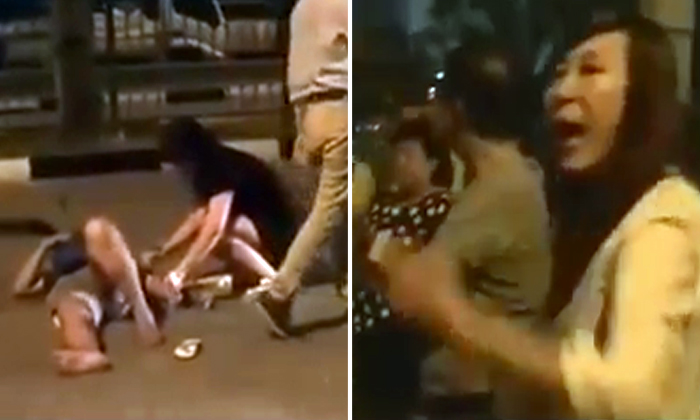 A woman got into a heated dispute with onlookers after allegedly knocking down a motorcyclist in Singapore.

In a video uploaded by All Singapore Stuff on Facebook, the victim can be seen lying in the middle of the road while a woman tended to him.

It is unclear when and where exactly the accident took place.

The clip also showed the woman, a Mercedes Benz driver, involved in an argument with other bystanders.

The video alleged that she had run over the biker and then 'attacked passers-by for being busybodies'.

The man then gave her a hard tap on her arm, causing the woman to splash her bottle of water on him.

This led to the guy throwing a plastic bag that he had been holding at her, before she splashed water at him again.

Other onlookers had to break up the fight and separate the two.

What happened after the video is unclear.