5-year-old was "running for his life" when parents splashed hot water on him: Forensic pathologist 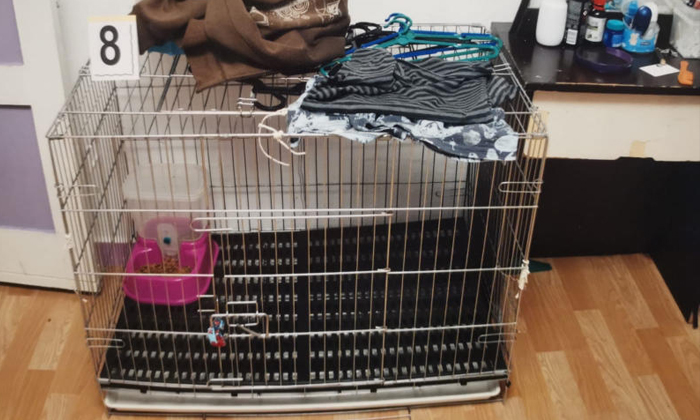 Lacerations on the face and scalp of a five-year-old boy who was allegedly scalded to death by his parents could have been the result of him being kept in a cage meant for the family's pet cat, a forensic pathologist told the High Court on Wednesday (Nov 13).

Dr Chan Shijia, who had examined the cage measuring 91cm long, 58cm wide and 70cm tall, said it was possible for someone who was confined inside to get scratched by the metallic bars while moving about.

She was testifying on the second day of the trial of Azlin Arujunah and Ridzuan Mega Abdul Rahman, both 27, who are charged with murder with common intention to inflict severe scald injuries on their son.

They each also face other charges relating to abusive acts, including pinching him with a pair of pliers, hitting him with a broom and confining him in a pet cage.

In her autopsy report, Dr Chan wrote that she found that the boy had died due to severe scald injury.

Partial-thickness burns, also known as second-degree burns, covered 75 per cent of his body, said Dr Chan. Such burns are "very painful" and "go down to the blood vessels of the skin", she told the court.

As pictures of the boy's body, with patches of raw-looking skin, were shown on a screen, a stony-faced Azlin looked elsewhere, while Ridzuan bent forward and kept his head down.

Dr Chan also elaborated on other injuries the boy suffered, such as wounds over his face and scalp, the fracture of his nasal bones, and bruising on his limbs and scalp.

The soft tissue between the boy's lips and gums was torn, which she said would have been caused by a fall or punch of "a considerable amount of force".

The pathologist said the injuries to the boy's head and face contributed to his death, as the bleeding affected his body's ability to fight the scald injury.

Explaining how scald injury could lead to death, Dr Chan said that the loss of skin causes the body to lose fluid, and blood pressure to drop. This affects heart function and makes it harder for the victim to breathe. Infection also sets in, she said.

"It's a multi-organ involvement that leads to death."

In the week leading to his death on Oct 23, 2016, the boy was scalded with hot water on least four occasions by either Azlin, Ridzuan or both of them.

Between Oct 15 and 17, Azlin grabbed the boy by the ankle and poured hot water over him repeatedly.

Between Oct 17 and 19, both parents splashed cups of hot water on the boy. 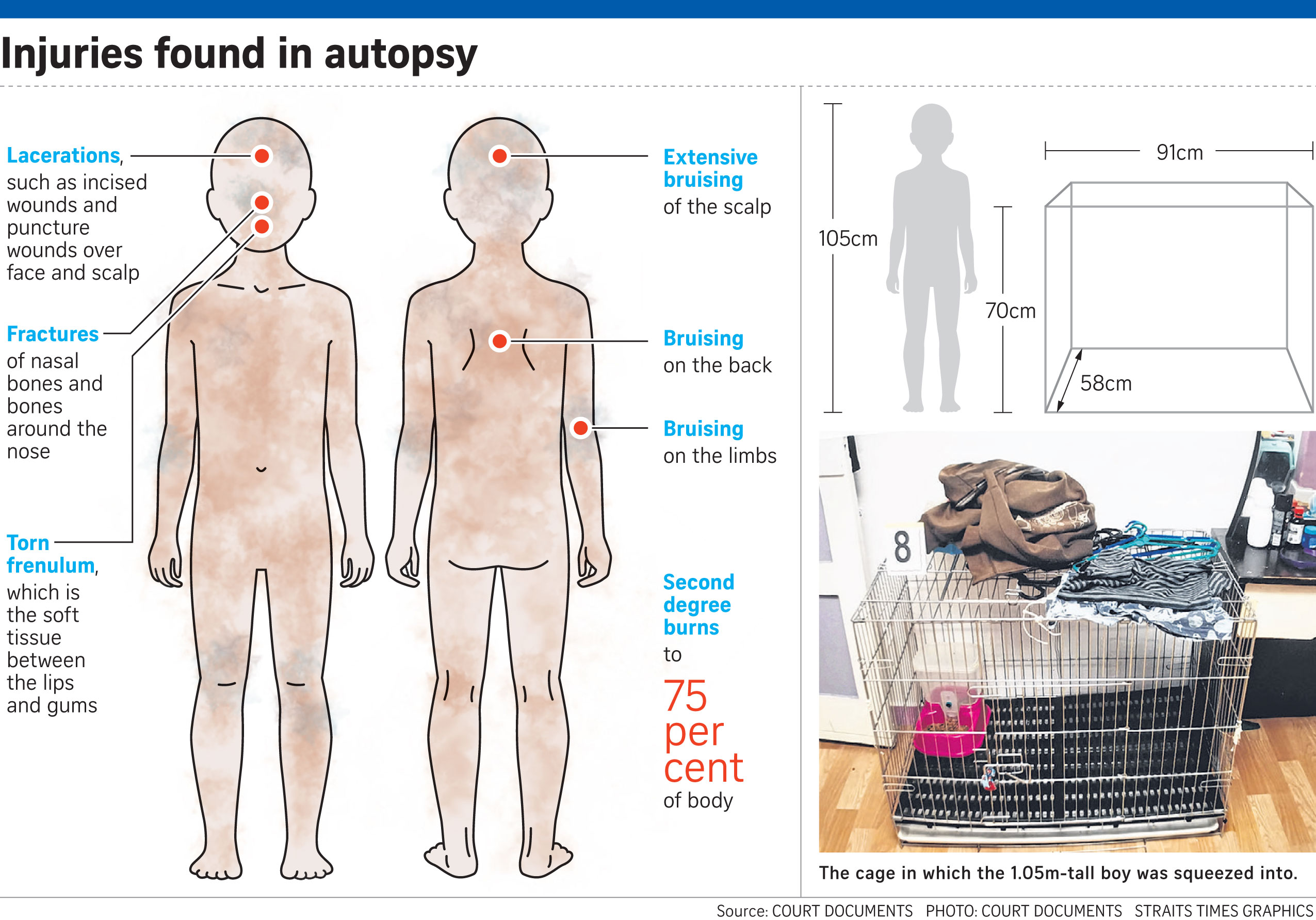 On Oct 21, Azlin chased the boy around the living room and threw cups of hot water at him. Ridzuan splashed hot water at the boy again the next day.

Cross-examining Dr Chan on Wednesday, the respective lawyers acting for Azlin and Ridzuan sought to cast doubts that their clients were responsible for the fatal injury.

Azlin's lawyer, Mr Terence Tan, questioned if the boy would be able to run around the living room if the earlier burns had been severe.

Dr Chan replied that the boy was running "for his life" and that people have been known to run after being stabbed.

Ridzuan's lawyer, Mr Eugene Thuraisingam, noted that there were four incidents of scalding. He contended that it was not possible to tell which injury was the fatal one.

He also suggested that the boy was suffering from pneumonia, which increased his risk of mortality .

Questioned by Deputy Public Prosecutor Tan Wen Hsien, Dr Chan said there were no definitive signs of pneumonia when she examined his lungs.

A week after the autopsy, a study of the boy's cells showed pneumonia, but she said it was "patchy" and "minimal", and did not cause his death.