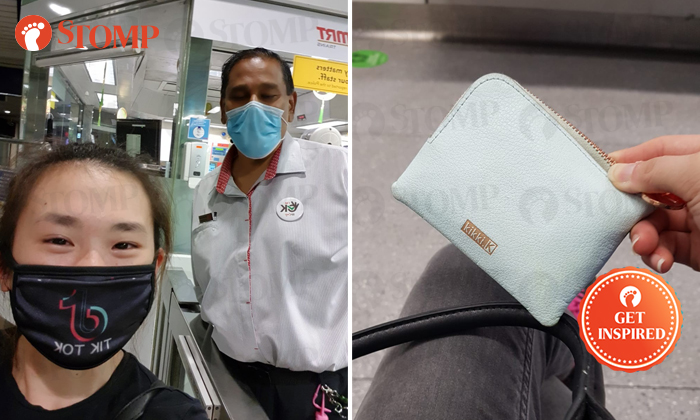 Stomper Faith was on her work home from work when she realised that her purse was missing, but an efficient SMRT employee quickly helped her out of the sticky situation.

The incident occurred on Friday night (May 15), at around 11pm.

Faith recounted: "I was on my way to Admiralty in an MRT train from Ang Mo Kio as I had just ended work.

"It was about 11pm when I reached Admiralty MRT station. While I was going down the escalator, I searched my bags for my purse but found it missing.

"When I got off the escalator, I quickly gave my husband a call, who then told me to inform the control station.

"Mr Iqbal, an employee at the control station, assisted me swiftly.

"Five minutes later, he got a call from Marsiling MRT station. He told me that if I wanted to collect my purse, it would be at Marsiling.

"It turns out that a kind soul had picked up my purse on the train and passed it to the staff. Whoever you are, thank you!"

Thank you to the SMRT employee, Mr Iqbal, too. He has been working at SMRT for many years already and has lots of experience as many cases similar to mine had occurred before.

"I would like to thank Mr Iqbal through Stomp and hope everyone will recognise his hard work."