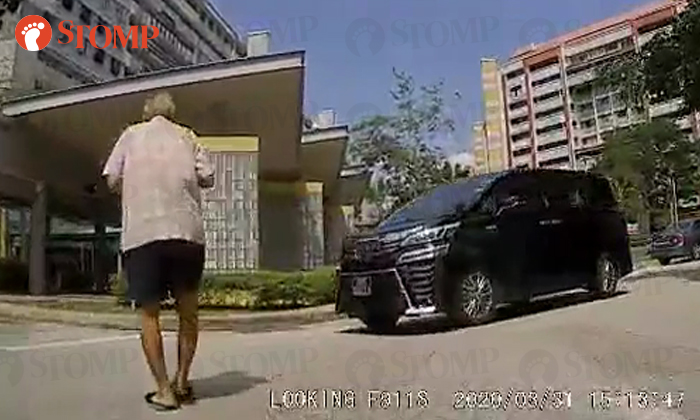 A Stomper witnessed a near-accident between an elderly pedestrian and a car along Tampines Street 41 on Tuesday afternoon (Mar 31).

The Stomper, who submitted a video of the incident, felt that the car should have let the man crossed the road first.

The Stomper said: "The old uncle was crossing the road and, technically speaking, jaywalking.

"However, the driver was wrong for turning right into the right lane instead of the left lane.

"He was so impatient that he did not bother stopping and just cut across to the opposite lane.

"The uncle might have gotten hit by the car if he hadn't stopped.

"I feel that it's horrible seeing how drivers these days are so inconsiderate.

"I'm a driver myself and if that had been me in that position, I would have let the elderly go first."

Related Stories
Driver posts video of how 'young punks' reacted after near-accident, all 3 get slammed by netizens
Jaywalker 'appeared out of nowhere and stared at me like it was my fault', says driver
Things could have gone very wrong for this jaywalker who dashed across busy road in Bendemeer
More About:
near-miss
pedestrian
jaywalk