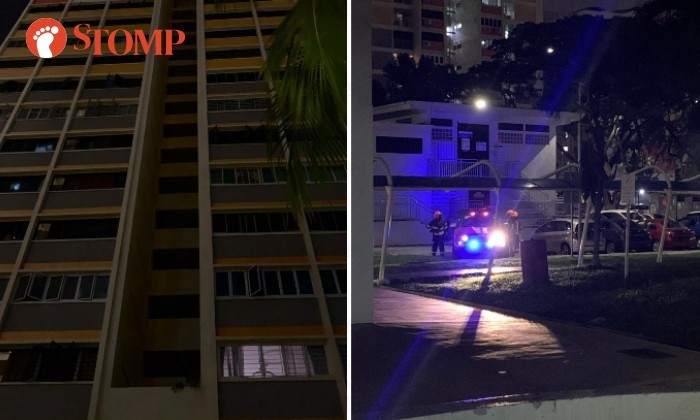 When a blackout hit Block 724 Clementi West Street 2 on Oct 14, residents had to experience not only darkness, but a lift breakdown too.

Stomper Jelita was returning home after dinner when she saw that her block had been affected by a blackout and shared photos of what happened. 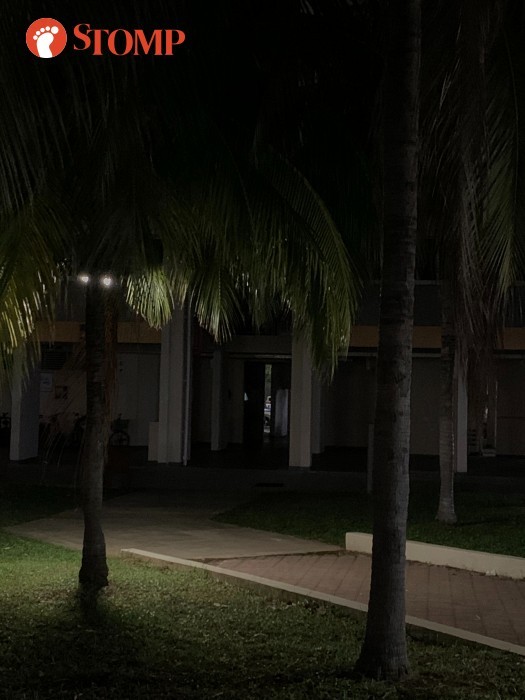 "My mum and I had just finished eating dinner at West Coast Plaza and when she reached our block, we noticed there was a blackout," Jelita said.

"We were stuck at the playground as my mum has a bad knee and the lifts were not working.

"I did not want her to take the stairs, especially since we live on the twelfth floor.

"I also noticed that there were two people stuck inside the lift. So, my neighbour quickly called the Singapore Civil Defence Force (SCDF)."

Jelita also shared that the blackout ended at about 9.30pm.

"We noticed a storm was about to hit, so we decided that we would slowly walk up the stairs," Jelita added.

"We actually asked a domestic helper and a child whether they would like to come to our house if the lift was still not working as they live on the 22nd floor.

"We have chairs outside our house and we thought that would be better than sitting at the playground in the rain.

"I was actually also really concerned about my elderly neighbours who live on higher floors because it would be difficult for them to go back home without using the lift.

"I've lived here for many years and usually the blackouts last for only ten minutes and have never affected the lifts.

"This time, it affected half the block for a long period and many residents had to use candles and hand phone lights to see."

In response to a Stomp query, a spokesman for West Coast Town Council said: "There was a power failure on Oct 14 affecting the block, including lift services."

The town council spokesman added that power was restored at 9.26pm.

"The two passengers in the lift were released by our Essential Maintenance Service Unit (EMSU) lift rescue operators," said the spokesman.

SCDF also said in a statement that they received a call for assistance at 7.30pm.

"SCDF's assistance was not required," added the SCDF spokesman.