SP Group: Power outage in several parts of Yishun due to cable damage by third-party contractor 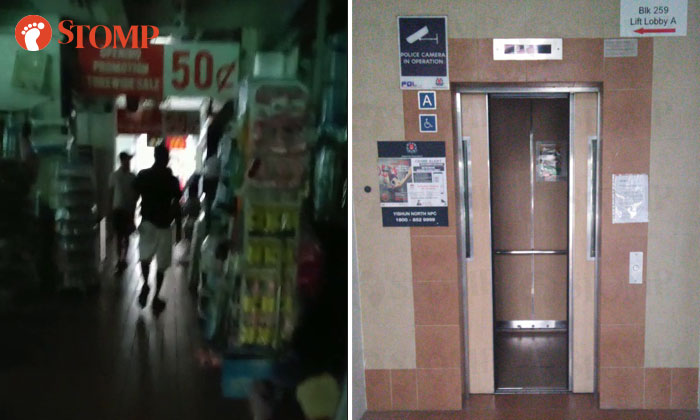 In an update, SP Group said the electricity supply disruption was due to cable damage by a third-party contractor who was carrying out works in the vicinity.

Electricity supply to several parts of Yishun was disrupted at about 4.31pm on Friday (June 21), SP Group said in a statement.

Jeremy, a resident at Fern Grove told Stomp: "I was checking my email halfway and the power went out.

"I went out to take a look and noticed that the emergency lighting had come on.

"My neighbour also complained of no electricity and someone was trapped in the lift, I think."

Nee Soon East resident Eric said that people in his neighbourhood group chat were saying people were stuck in lifts at their blocks too.

In a photo shared by Eric, traffic lights in the area were affected as well.

LG reported that the power outage had even affected Khoo Teck Puat Hospital. 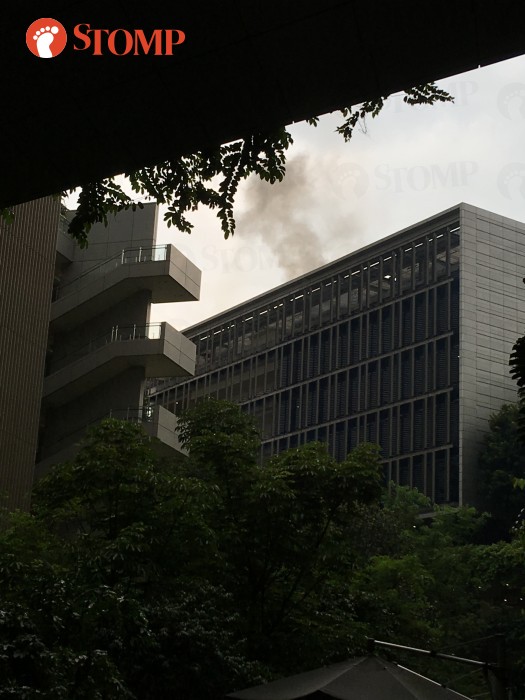 Zero shared with Stomp a video of a row of shops that had experienced a blackout at Blocks 261 to 293 at Yishun Street 22.

Hong An was attending a tuition class at Block 261 Yishun Street 22 when the blackout occurred.

"We could not continue with lessons," he said.

"Finally, electricity was restored after 30 minutes of waiting," said Riduan who lives at Block 269B Yishun Street 22.

"It's the first time in my life I've experienced a blackout in the whole block that lasted so long."

In response to a Stomp query, a Nee Soon Town Council spokesman said:

"We understand that the cause of disruption was from Singapore Power (SP).

"Our officers and workers were deployed to the estate to check if there was anyone trapped in the lifts.

"The lift rescue team was also on standby.

"We understand that the electricity supply has resumed.

"Our officers are currently on site to verify this.

At about 4.50pm, Stompers updated Stomp that electricity had returned to their neighbourhoods.

#UPDATE 2: The electricity supply disruption was due to cable damage that occurred when a third party contractor was...

At 4.47pm, SP Group said in a statement on its Facebook page that its officers were immediately deployed to the affected areas.

It added that its priority is to restore the power supply as safely and quickly as possible.

"We are investigating the cause of the incident," it wrote.