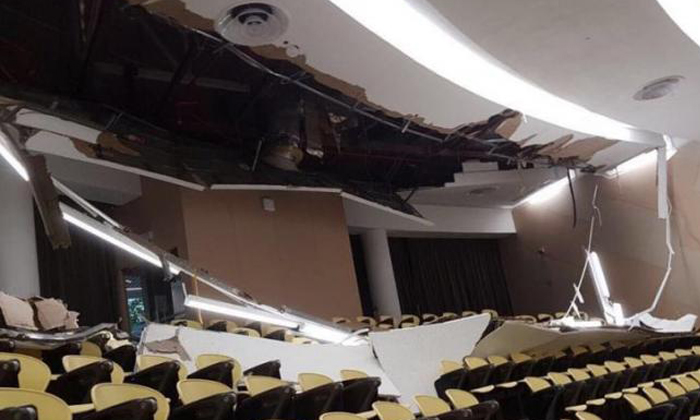 When he viewed the recording for his 9.30am lecture on Monday, Mr Adzizul Fadleigh, 25, noticed debris at the back of the class.

NTU sent an e-mail to affected students to inform them of the collapse and the change of venues for some of their lectures. No classes will be held there for at least a month.

Mr Adzizul, who is a final-year mechanical engineering student, told The New Paper that his classmates were in the theatre, sitting closer to the front. As he had not attended the lecture, he was viewing a recording that was posted online after the lecture ended.

He said: "Our lecture still went on for about an hour though it's supposed to be two hours...

"I was a bit concerned when I saw the debris as I was worried it might affect the other parts of the class."

NTU is looking into the incident.