Car rams into taxi on ECP, causing rear window to smash into smithereens 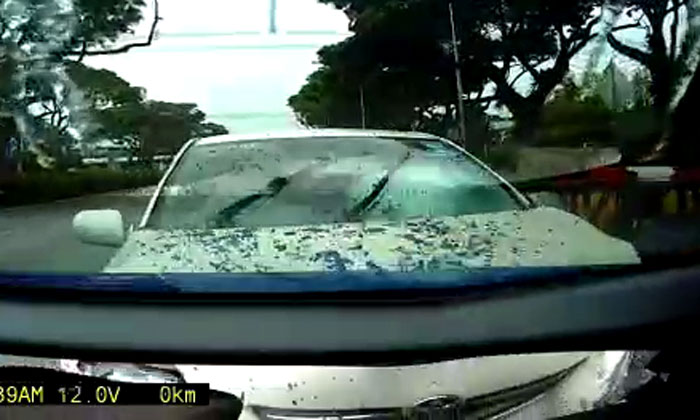 A car was caught on camera ramming into the rear of a taxi along the East Coast Parkway (ECP) towards Changi Airport.

The video was posted by Facebook user Alfa Izz in the Singapore Taxi Driver Facebook group and was shared by ROADS.sg.

According to the timestamp on the video, the incident happened on Dec 15 at about 9.51am.

At the 00:40 mark of the video, a white car can be seen closing its distance with the ComfortDelGro taxi.

The driver doesn't appear to slow down at all before he crashes into the cab.

At the point of impact, glass is seen shattering and scattering over the bonnet of the white car.

Alfa Izz also included in his post a photo of the damage the taxi incurred. 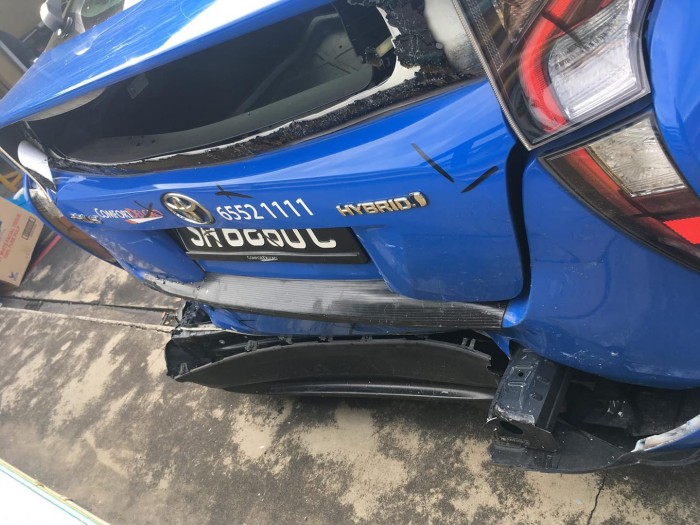 His caption read: "Do NOT drive when tired!"