Car badly damaged after being parked overnight: 'Both doors on driver's side need to be changed' 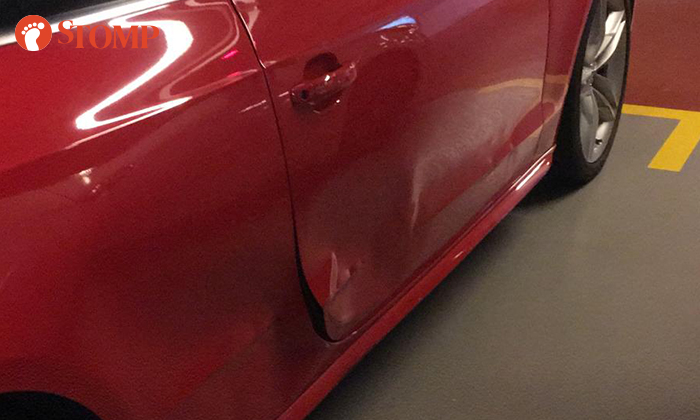 A driver noticed damages to her car when it was left in a carpark at Changi Airport Terminal 3 overnight, from Saturday (Aug 24) to Sunday (Aug 25).

Stomper Ong dropped the Audi off at the carpark at about 8.15pm on Saturday. He was instructed by his client to leave the car there so that she could drive it home the next day.

On Sunday, Ong's client called him and asked what happened to the car, so he said: "Nothing happened."

She then took photos of the car and Ong immediately noticed the damages.

He told Stomp: "When I looked at it, I thought somebody probably parked there, like a hit-and-run because I parked in between two parking lots.

"A report with police was made and I brought the car to the workshop on Monday (Aug 26).

"The car handle was damaged, all the way from the front to the back of the driver's side. It's quite bad.

"The workshop at Audi said that the driver's door and passenger door have to be changed due to the damage.

"Hope somebody witnessed in. We totally don't know what happened from the night before."