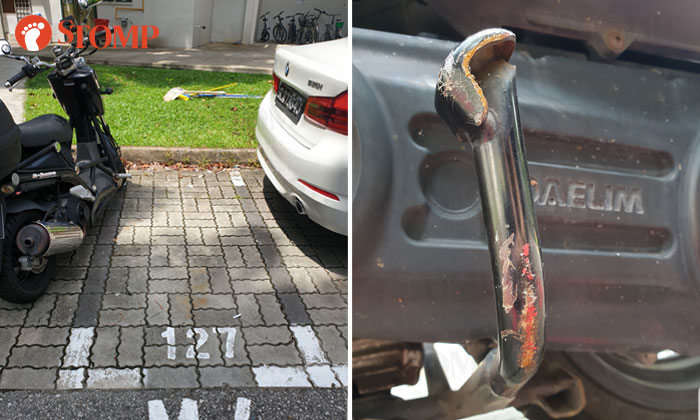 Stomper Lee was stunned when she found her bike scratched and damaged after leaving it at a carpark along West Coast Road.

She told Stomp she had parked her bike at lot 127 behind the food court at Block 516 West Coast Road on July 6.

Lee, who is self-employed, was feeling unwell so she only returned to her bike on July 10 when she found scratches all over it.

She said: "I got the biggest shock of my life!"

"My bike was totally out of the parking lot line.

"I have the habit to take pictures of my bike's condition before I leave the parking lot and my next biggest shock was when I saw my bike had scratches here and there.

"The bike's box, main stand, side mirror, and even the signal light cap that came off so I had to push it back into place.

"As you can see, there were scratches on the ground as well, obviously created when dragging my bike." 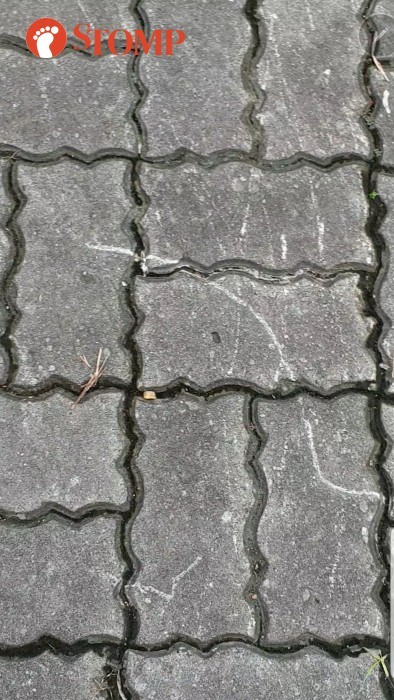 Lee said that she felt lost and upset and asked passers-by if they had seen what had happened or who had damaged her bike.

"I had no luck and it left me feeling frustrated," she said.

"So, here I pledge, if anyone happens to have a car cam and has the whole scene recorded, kindly forward it to Stomp.

"From the photos, a blue ComfortDelGro cab was parked next to my bike when I left it on July 6. 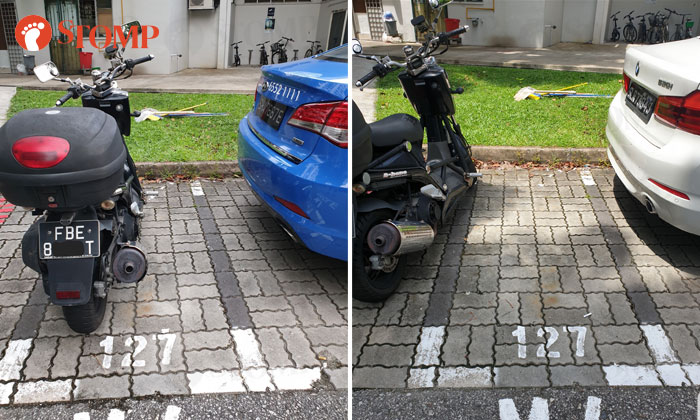 "On July 10, a white BMW car was parked beside it.

"A gentle reminder, try not to park here if you do not wish to go through the same experience as me."

If you have any footage of what happened, kindly contact Stomp at stomp@stomp.com.sg or WhatsApp 9384 3761.