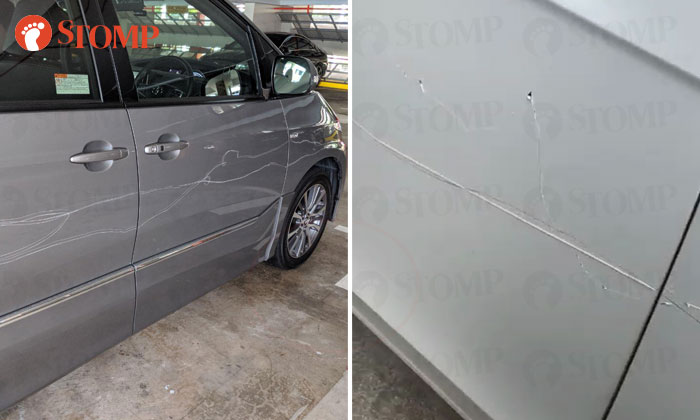 Two other drivers have come forward with their own unfortunate experiences of parking along St Anne's Wood after reading Stomp's report on a man who allegedly scratched a Stomper's car that was parked there as well.

Stomp earlier reported on Stomper Janice finding scratches on her car after parking along St Anne's Wood in Sengkang on Aug 22.

After reviewing her in-car camera footage, she saw a man, whom she believes to be a resident in the area, exit his home and approach her car.

The grating sound of metal on metal is heard as the man walks out of the video frame and eventually back to his house.

After reading Stomp's report, Stompers Malvin and Rebecca informed Stomp that they had similar experiences after parking along the same stretch of road.

Malvin had parked there on May 26 when he found scratches on his car.

"I made a police report but at that point, the culprit wasn't there.

"My camera didn't capture him."

Rebecca highlighted to Stomp several similarities her experience had with Janice's.

"My car was scratched there twice as well," she said.

"The first time, I did not know my car was scratched until the next few days as I went home late that day.

"However, the second time it was scratched, I was pretty sure it was at the same lot along St Anne's Wood.

"Similarly, there were no bins when I parked but when I went back to my car there were two bins in the way.

"One was right in front of the driver's door and another was at the back of the car.

"I had to actually drag the bin away to get into the car.

"Janice's scratch marks were dragged and went in loops a few times.

"Both of my scratches were also long and dragged back and forth." 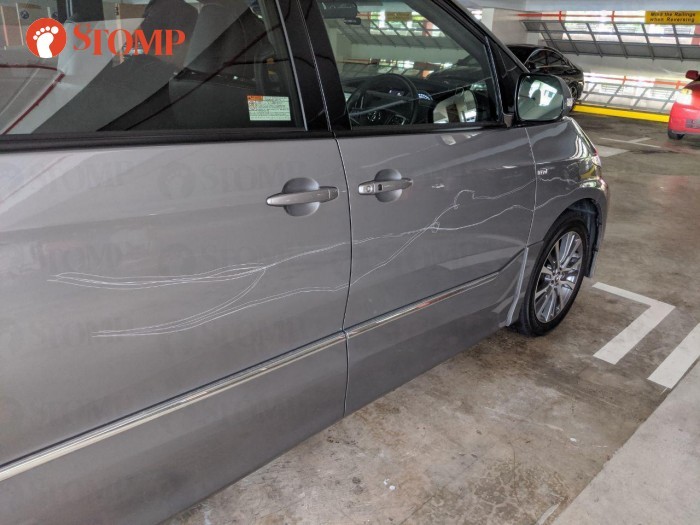 Unfortunately, Rebecca, like Malvin, was unable to catch the culprit on her in-car camera.

"My camera only switches on when the engine starts," she said.

"I'm grateful to Janice for for sharing this video on Stomp."