Car and van flip over after collision on TPE, 3 people including 1-year-old toddler injured 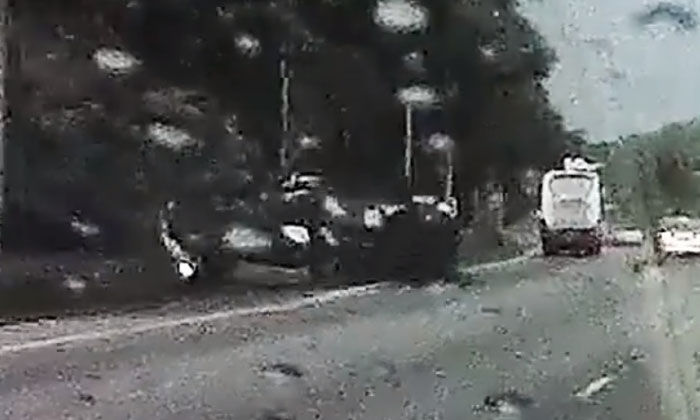 A black van collided with a white car, which resulted in both vehicles flipping over, along the Tampines Expressway (TPE) towards the Seletar Expressway (SLE) on Nov 6.

According to the post, the accident took place at about 6pm.

He said: "After watching the video on Facebook this morning, I was concerned about how the people involved in the accident were doing, so I contacted Stomp."

Stomp understands that the van was travelling in the third lane when it swerved and collided into the white car, which was in the first lane.

Besides the van driver, there was a woman and a one-year-old toddler in the van.

The van driver suffered a right shoulder pain while the woman, who is his wife, suffered an abrasion on her forehead and pain in her left leg.

The toddler had a swollen head.

The driver of the white car was not injured.

Jayden said that even though he did not capture the video that was sent, he passed by the accident site later on when he was on the way home.

He said there was a congestion, which could have resulted because of the accident.

In response to a Stomp query, the police said: "On Nov 6 at 6.09pm the police were alerted to an accident involving a van and a car.

"The van driver, a 29-year-old-man was conscious when conveyed to Sengkang General Hospital.

"His passengers, a 25-year-old woman and a one-year-old toddler, were conscious when conveyed to KK Women's and Children's Hospital."