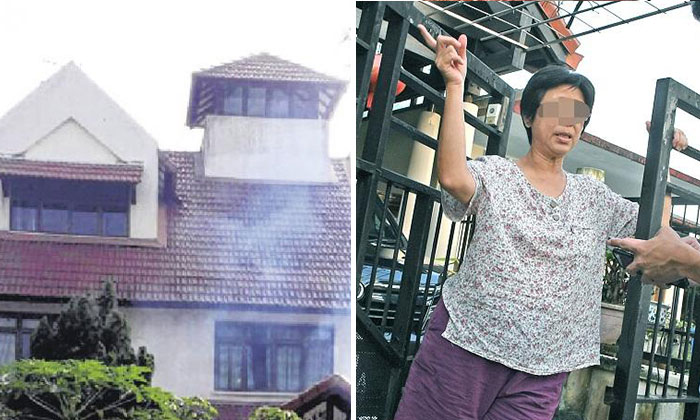 The police were alerted after a Bukit Timah household started barbecuing more than a 100kg of bak kwa, causing her neighbour to choke on the thick smoke produced.

Madam Huang, an affected resident who lives on Tham Soong Avenue, told Shin Min Daily News that her neighbour would barbecue bak kwa in her courtyard whenever it draws close to the Chinese New Year.

Each time, the thick smoke would cause her elderly parents to cough uncontrollably, said Madam Huang.

“A the weekends just before each Lunar New Year, she (the neighbour) would start barbecuing more than a 100kg of bak kwa in her family courtyard.

“There was once she started barbecuing from 8am in the morning to 12am midnight.

“Yesterday (Jan 21) she started on it again. She started at around 7am and went on till about 2pm in the afternoon.

“We haven't been able to rest well because of them.”

Madam Huang also said that her parents’ health was affected adversely by inhaling the smoke.

“I tried asking her to stop barbecuing once, and she promised that she would not do it this year.

“However, yesterday, she started doing it again.”

The holder of the house, Madam Liu, 60,  explained that the barbecuing was done in preparation for the Chinese New Year, saying:

“There are over 300 members in my family. It very expensive to buy bak kwa from shops outside, and we are unable to ensure the quality as well.

“So we prefer to prepare our own in our home to prepare for the Lunar New Year.”