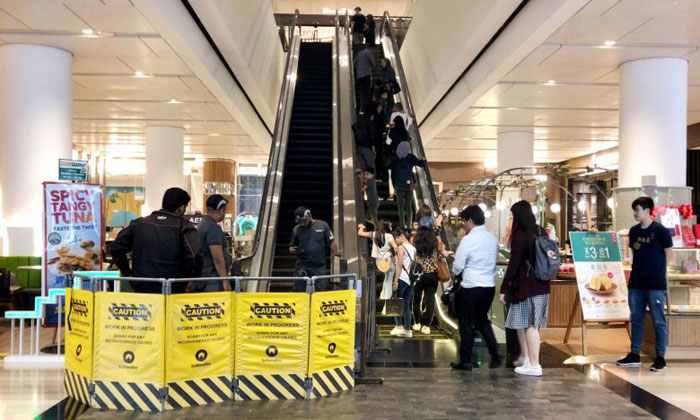 A child was taken to hospital after getting a foot stuck in an escalator at Jewel Changi Airport on Monday (June 24).

The Singapore Civil Defence Force (SCDF) said it responded to a call for assistance at 78 Airport Boulevard at 3.20pm and that the boy's foot was released using rescue tools.

He was conveyed to KK Women's and Children's Hospital in an SCDF ambulance.

A spokesman for Jewel Changi Airport confirmed the incident and said: "Investigations showed that the incident occurred when his foot was brushing along the sides of the escalator."

She added: "The child was assessed by medical personnel onsite, and he will undergo further checks at a hospital. We advise all shoppers to stay vigilant, especially with children, when riding on escalators at all times."

Neither Jewel nor the SCDF provided the boy's age.

Last month, too, a boy's slipper was caught in an escalator at Jewel Changi Airport.

In response to queries from The Straits Times about the May 11 incident, a Jewel spokesman confirmed that the five-year-old boy had a minor cut on his toe after his footwear was caught in the escalator.

He was assessed by a doctor who was there, she added.