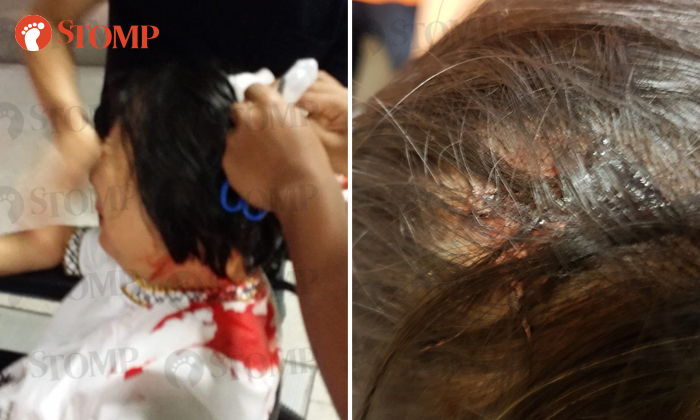 Stomper Michael, his wife and his sister-in-law suffered injuries after they fell while on an escalator at King Albert Park MRT Station on Tuesday night (Nov 6).

Michael told Stomp that the three of them had been on the escalator, which was going upwards, at around 8.15pm when the incident occurred.

He said in a phone interview: "There was a sudden slight jerk that caused the three of us to fall and roll down the escalator.

"I fell first as I was in front. My wife was behind me and my sister-in-law was behind her.

"My wife was shouting and screaming for help and a staff member from SBS Transit came.

"The staff member helped my wife off the escalator with me and called for an ambulance."

In response to a Stomp query, the Singapore Civil Defence Force (SCDF) said it was alerted to the incident at around 8.15pm and conveyed two people to Ng Teng Fong General Hospital.

According to Michael, his wife sustained a deep gash on the top left of her head and muscle spasms on the left side of her body, "right down to the buttock".

His sister-in-law injured her right ankle, right knee and her lower chest, he said. 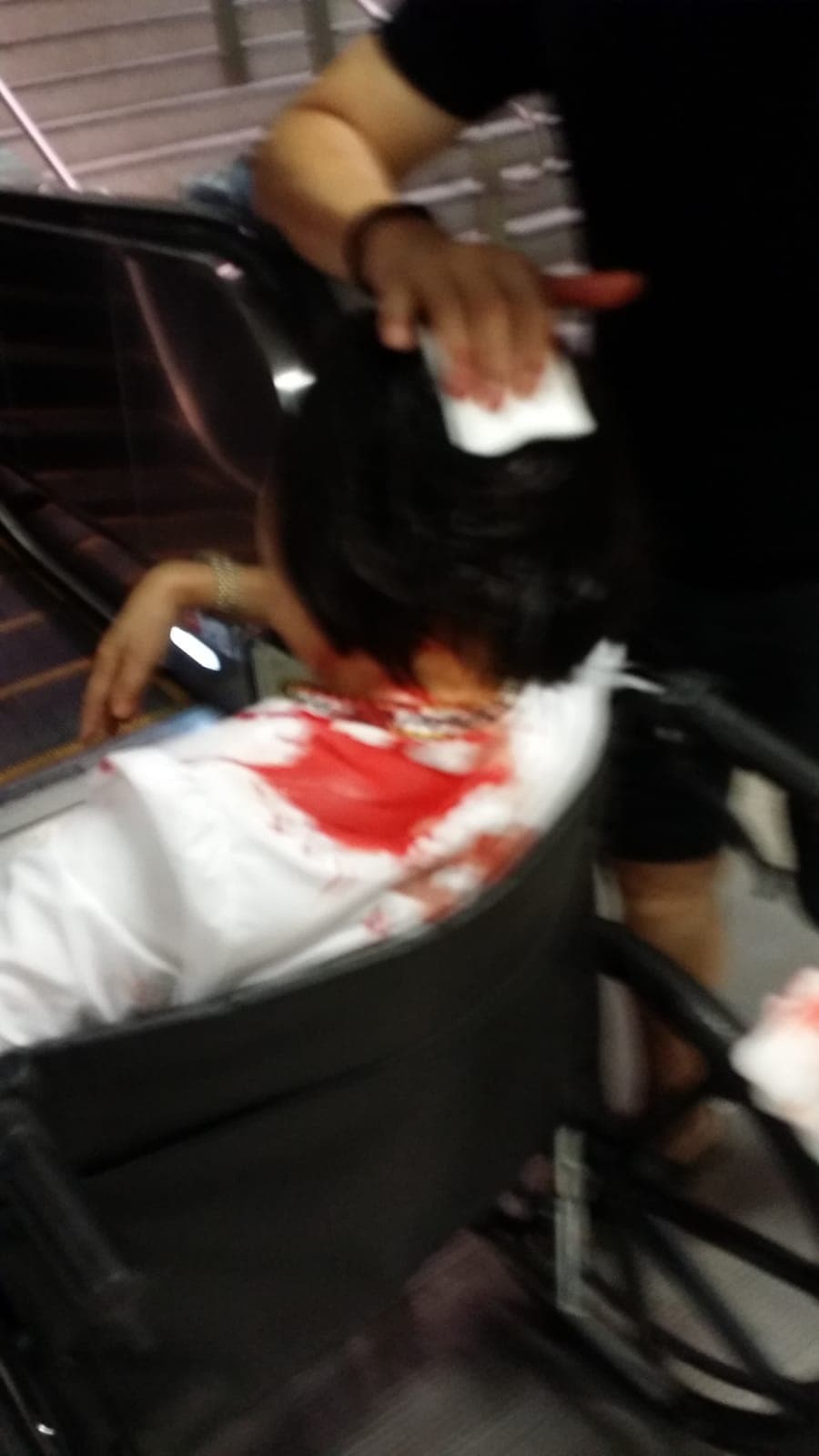 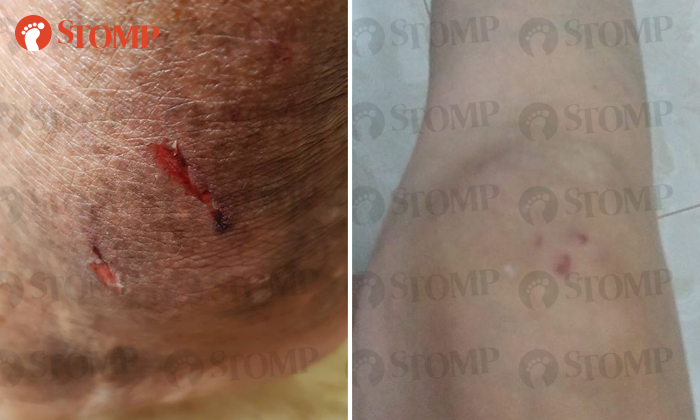 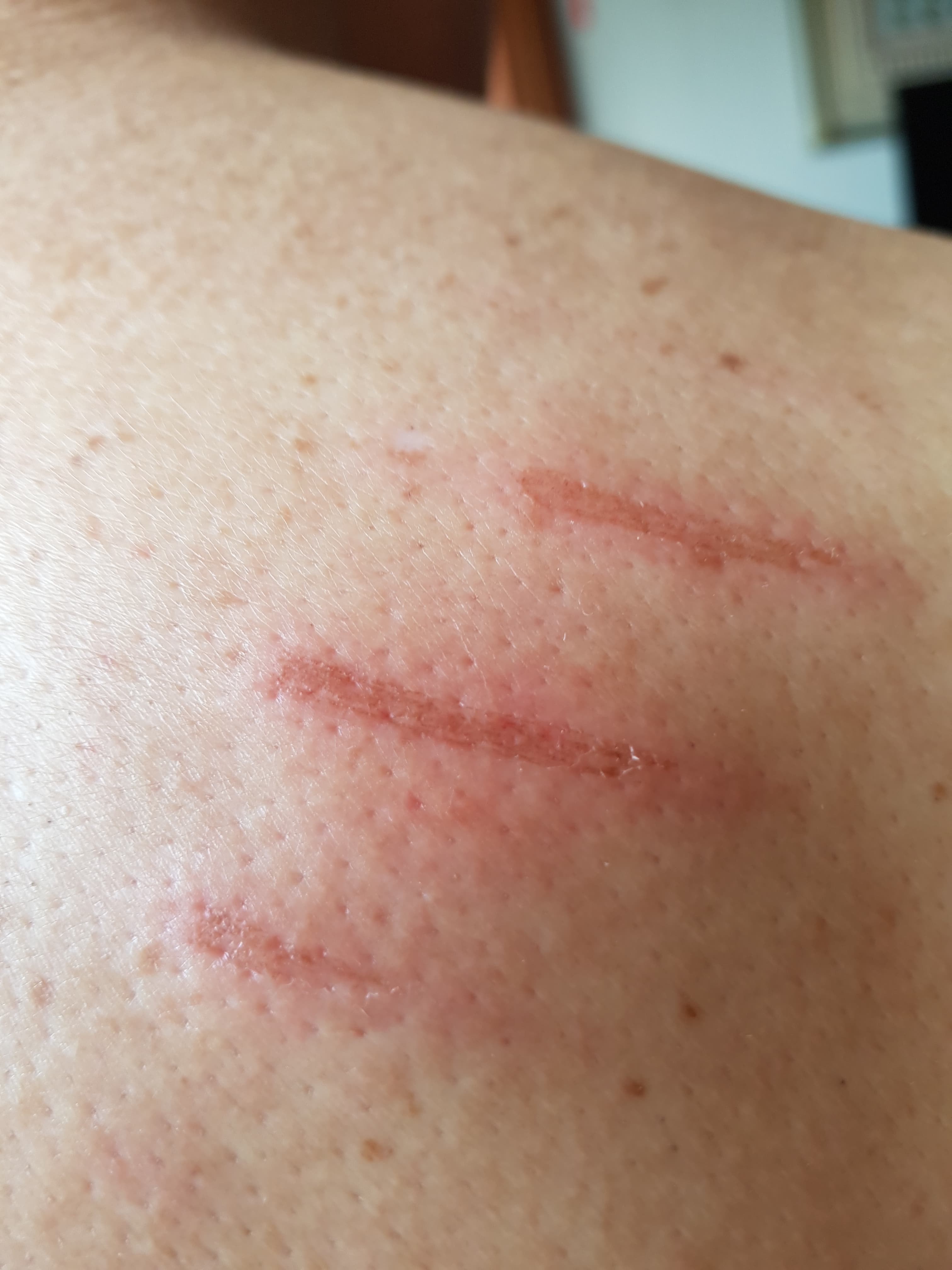 The Stomper added: "I have two cuts on my left hand and hurt my ankle bone. My back has some burn marks because I slid down on my back.

"Both my sister-in-law and I received outpatient treatment, while my wife was checked in for observation for a night. She was transferred to Alexandra Hospital the following day (Nov 7) for rehabilitation."

Responding to queries by Stomp, SBS Transit said CCTV footage showed that the escalator was moving smoothly as usual when the family got on.

Ms Tammy Tan, Senior Vice President of Corporate Communications at SBS Transit, told Stomp in a statement on Friday (Nov 9): "We are sorry to learn of the injuries sustained by Mr and Mrs Kuang and his sister-in-law when they fell on the upriding escalator at our MRT station.

"We are in contact with them to show care and concern and have also visited Mrs Kuang at the hospital.

"Based on the CCTV footage, the escalator was moving smoothly as usual when Mr Kuang got on with the two women.

"He was seen standing with his back facing the side of the escalator. Shortly after, he lost his balance which resulted in the two women, who were behind him, to fall too.

"A commuter who was standing behind them on the escalator was seen trying to help them while another commuter rushed over to activate the escalator emergency stop button. Our staff also quickly attended to them.

"An ambulance was then called to convey them to hospital for treatment.

"We wish Mr and Mrs Kuang and his sister-in-law a speedy recovery."

Michael confirmed with Stomp on Friday that a customer service officer had visited his wife in the hospital yesterday.

"She brought along some Essence of Chicken on her own personal expenses. And today, SBS Transit sent a fruit basket to the hospital and one to my sister-in-law at home," he said.

"By sharing this incident, I hope to caution other commuters to be careful."

View more photos of the trio's injuries in the gallery.