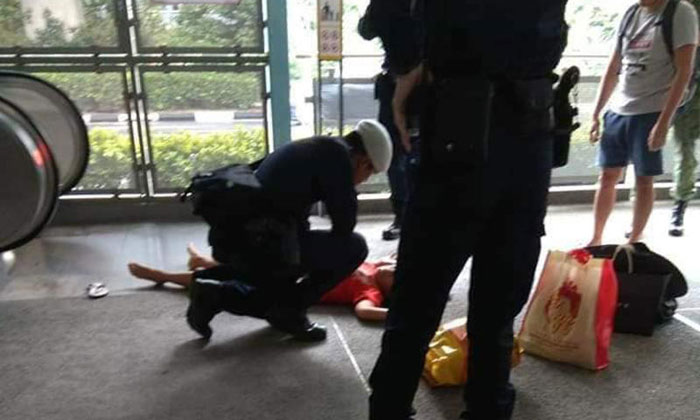 A maid was allegedly pushed down an escalator by her employer on Friday after she tried to get him to take the lift instead.

The incident happened at about 2pm near exit D at Clementi MRT station.

According to Chinese evening daily Lianhe Wanbao, the 41-year-old Indonesian maid had tried to get her employer, identified as Mr Chen Yangda, 67, to take the lift, but he insisted on taking the escalator.

They then started a heated argument, and the man, who is believed to have dementia, pushed the maid, causing her to lose her balance.

She then fell backwards and hit her head on the handrail before tumbling to the foot of the escalator.

Photos of the incident show the maid dressed in a red top lying face-up on the ground in front of the escalator, seemingly unconscious. 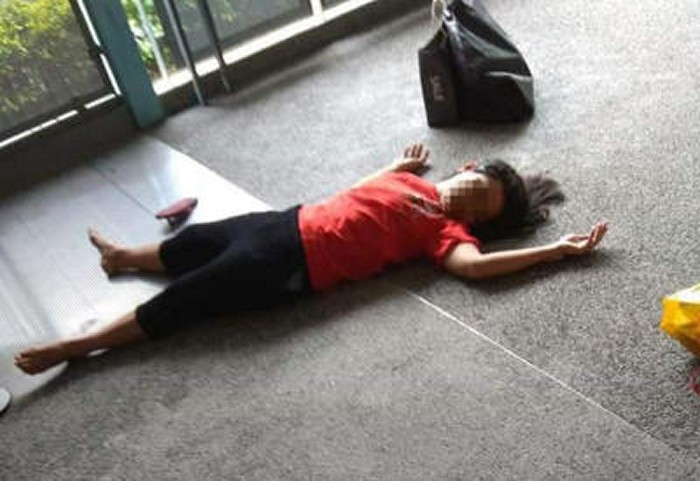 A Singapore Civil Defence Force spokesman said they received a call at about 2.20pm asking for medical assistance. Paramedics then took the maid to the National University Hospital.

The police confirmed that a report was lodged and the employer is currently assisting with investigations.

The maid, identified by Shin Min Daily News as Ms Diya, is believed to have been hired about a month ago.

She told Shin Min that she is seeking a change of employer, and her agent said that the transfer is currently being arranged and should happen in two to three weeks.

Related Stories
Property agent repeatedly abused maid by punching her head, kicking her buttocks and more
Employer about to be sentenced for maid abuse rushed to hospital after feeling giddy during hearing
Maid stands on tall ladder to paint outside of home
More About:
maid abuse
maid
escalator
fall