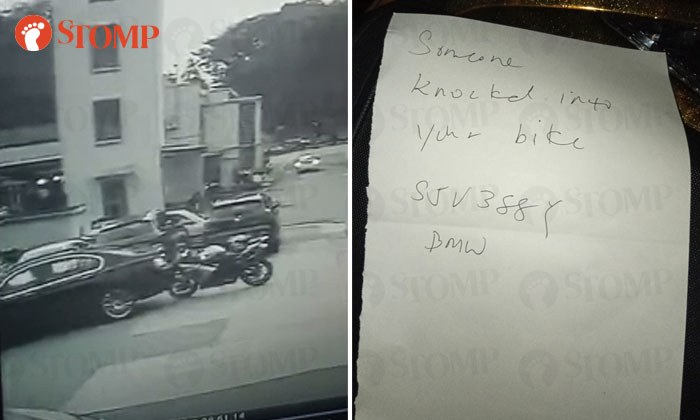 The police are investigating an incident where a BMW car reversed into a parked motorcycle and drove off without leaving a note at the Old Bukit Timah Fire Station on Dec 3.

Stomper Har, the owner of the motorcycle, alerted Stomp to the incident and shared CCTV footage of the incident.

"When I came back at 9.30pm to warm up my bike, I noticed it had shifted out of the lot.

"It was also badly damaged in the front and someone had left a note on my metre." 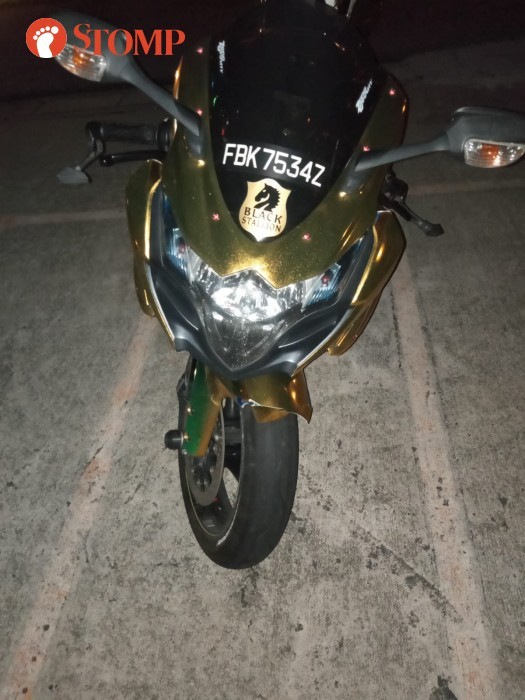 A witness wrote in the note that a BMW had reversed into Har's motorcycle and provided the car's licence plate number: SJV388Y.

He has since reported the incident to the police.

"I got the video footage from the building's management but they charged me $100 for it which I felt was not right. 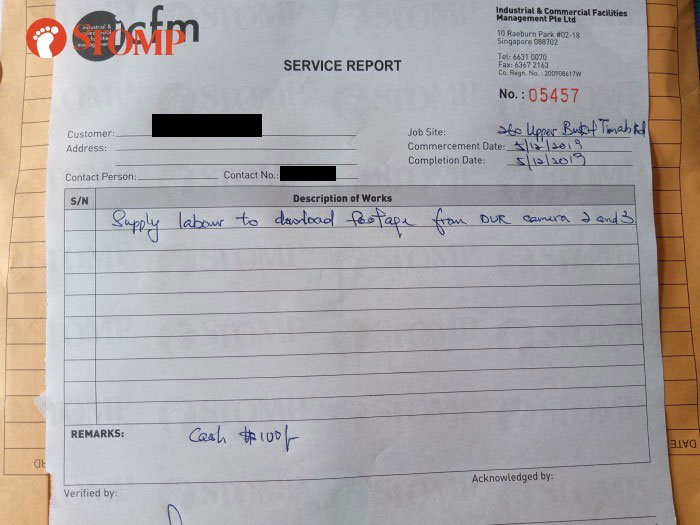 Har said that after posting what happened on his personal Facebook page, a company representative reached out and transferred the money back to him.

"I hope that the person who hit my car can contact me so that I can fix my bike," he said.

"No injuries were reported," a police spokesman said.

If you are the BMW driver, kindly contact Stomp at stomp@stomp.com.sg or WhatsApp 9384 3761.