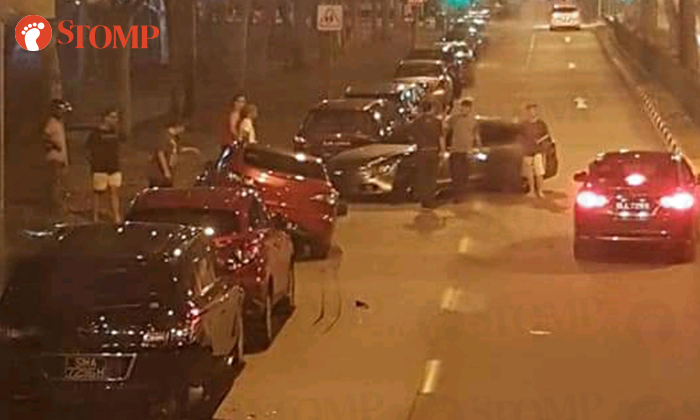 Seven cars were involved in a hit-and-run accident along Pasir Ris Drive 3 on Thursday (Oct 17).

Stomper Anon and Stomper Rohaizat alerted Stomp to the accident and shared videos and photos of the scene.

Stomper Anon was driving home after work at about 9.30pm when he saw the aftermath of the accident.

He told Stomp: "I was driving towards my house at Block 273 Pasir Ris Street 21.

"The accident had already happened when I drove past. I saw six cars, which were parked along the side of the road, had gotten hit.

"It was quite crowded as you can see in the video. A lot of people were standing there and looking at what had happened.

"You can see that a tyre from one the cars had come out and was on the road. The cars looked badly damaged."

As seen in the video, several cars were wrecked and a tyre is also on the road. The tyre is presumably from this red car that is missing its front right tyre. 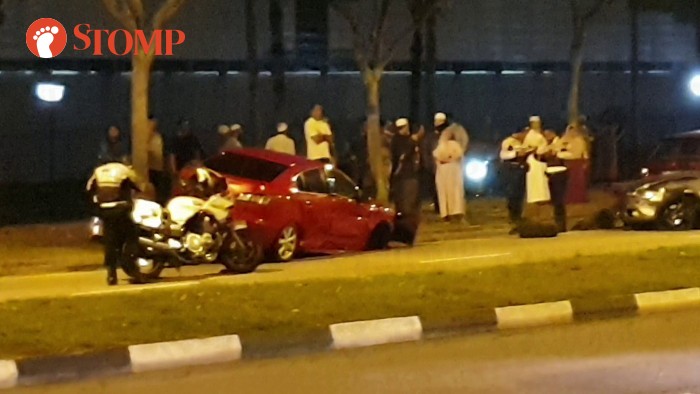 Anon added: "I live near the scene of the accident and as a driver myself, I've noticed a lot of motorists speeding at night.

"Maybe brighter lighting and humps can be installed to deter future accidents like this from happening."

In response to Stomp queries, the police said: "At 9.19pm on Thursday (Oct 17), the police were alerted to a hit-and-run accident involving six parked cars and a car along Pasir Ris Drive 3, towards Loyang Avenue.