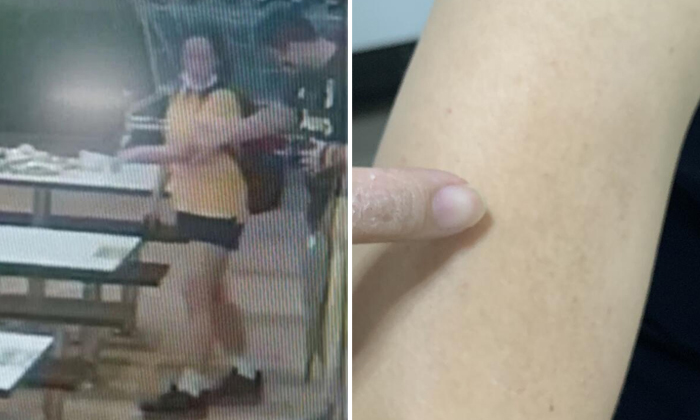 A woman has made a police report against two customers who harassed her at a coffee shop where she works as a beer lady.

The incident occurred at Pioneer Mall on January 8.

Ms Liu, 47, told Shin Min Daily News that she started working as a part-time beer lady at the coffee shop last month. Her working hours are from 6pm to 10pm.

She recounted: "There were six of them at a table at around 9pm that day. They had ordered beer so I went over to pour the drinks.

"Two men, who were in their 30s, kept asking me to have a drink with them and tapping my shoulders while I was pouring the beer."

Ms Liu said that the men had tapped her hard and continued doing so even when she shouted out in pain, adding: "One of them even pulled me forcefully."

According to Ms Liu, she knocked off at around 10am and was chatting with another table of patrons after changing her clothes.

She was about to go home when one of the men from earlier suddenly reached out and tried to pull her away.

"I quickly broke free and left. I felt very humiliated at the time, so I asked the coffee shop for their CCTV footage and made a police report the next day," said Ms Liu.

She added that the two men were regular patrons who visited the coffee shop almost every day, but were not drunk at the time of the incident.

Ms Liu, who has been a beer girl for more than nine years and has an existing right shoulder injury, said that the incident has aggravated her condition.

Her right hand has been numb ever since the men tapped her so forcefully, she explained, adding that she is undergoing medication and acupuncture for her work ailments.

Ms Liu said that the men involved in the incident have still been patronising the coffee shop and are aware that she had made a police report.

She shared: "I'm not afraid, I just want justice."