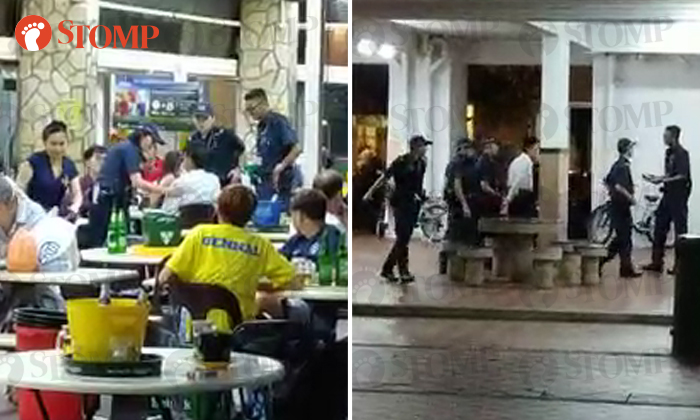 A 64-year-old man was arrested after allegedly molesting a woman at S-11 Food House in Yishun on Wednesday evening (June 13).

Stomper Enigz witnessed police officers speaking to the suspect at the Block 744 Yishun Street 72 coffee shop at around 7pm.

Enigz told Stomp: "Police officers were also seen taking a beer lady aside and questioning her at a void deck near the coffee shop." 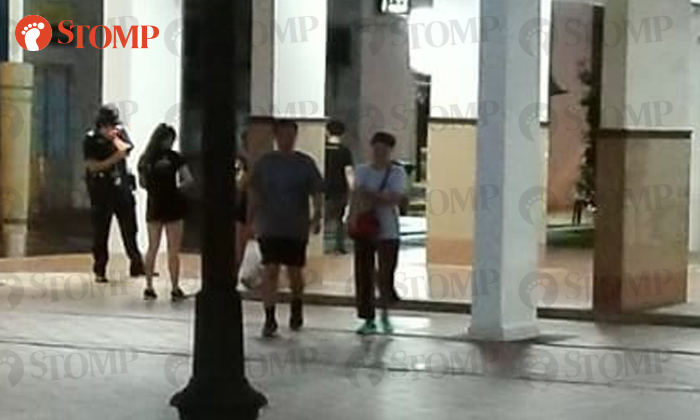 (Enigz identified the woman with a ponytail as the victim)

"I asked around and it turned out that she was a victim of outrage of modesty," said Enigz.

"The suspect, who was at the coffee shop, was then approached by officers. They proceeded to the void deck and the man was arrested after questioning."

Videos filmed by Enigz also show the suspect being taken away by police.

In response to a Stomp query, the police said that they were alerted to a case of outrage of modesty at 6.47pm.

"A 64-year-old man was arrested in relation to the case," added a police spokesman.

This is not the first time the S-11 coffee shop in Yishun has come under the spotlight.

Last Tuesday (June 5), a fight involving multiple people broke out at the kopitiam after they had drinks, leaving a woman with slight abrasions.

And earlier in March, several men in their 60s brawled over a woman there.