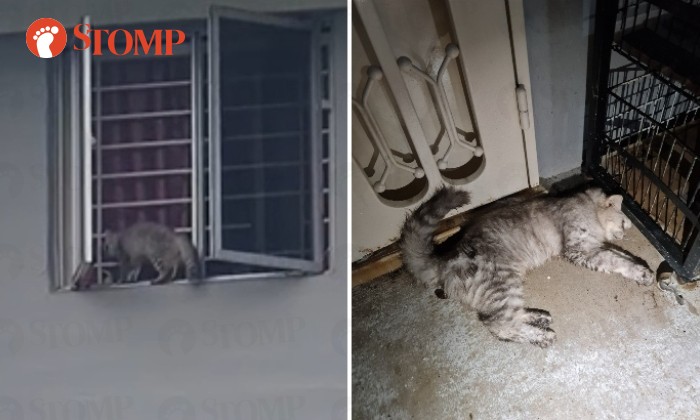 The Animal and Veterinary Service (AVS) is looking into cases of cats allegedly falling to their deaths after being left out on a ledge at Block 155 Meiling Street.

These cases caught the public's attention after videos of the cats standing on the ledge were posted on Cats of MeilingSt's Facebook page.

According to the post, the ledge is 12 storeys high.

A Stomper, who caught wind of the incident, shared that she was worried about the cats' safety and what would happen if they fell.

The first case allegedly happened on Friday (Jan 8), when a cat was seen sitting on the narrow ledge.

The group admin explained in the post that a rescuer had apparently visited the unit to inform the owner about the cat, but could not continue to speak further as the owner 'tried to shut the door'.

"Cats do not have nine lives! Your irresponsibility is endangering its life," the group admin wrote.

The admin added that AVS was informed about the incident.

In an update about two hours after the first video was posted, the admin shared that the cat was still left on the ledge. 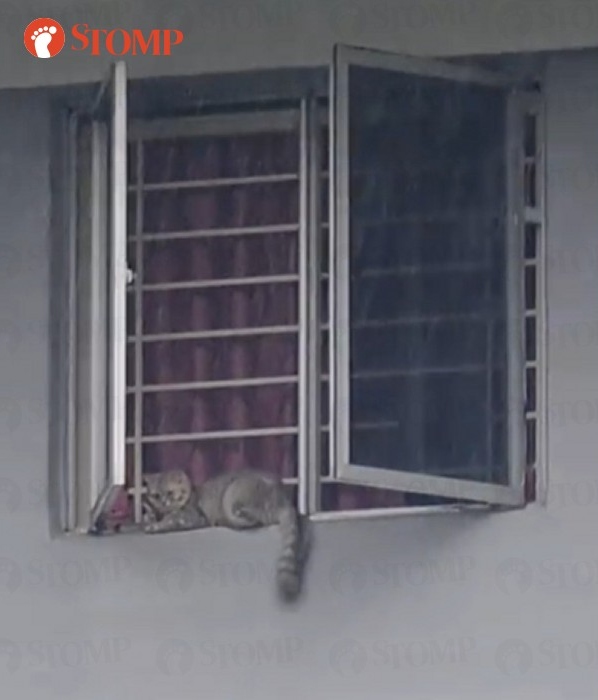 In a third update a day later on Saturday afternoon (Jan 9), another video was uploaded on the Facebook page showing the same cat still sitting on the ledge.

Photos were subsequently uploaded that night showing the cat lying on the ground. 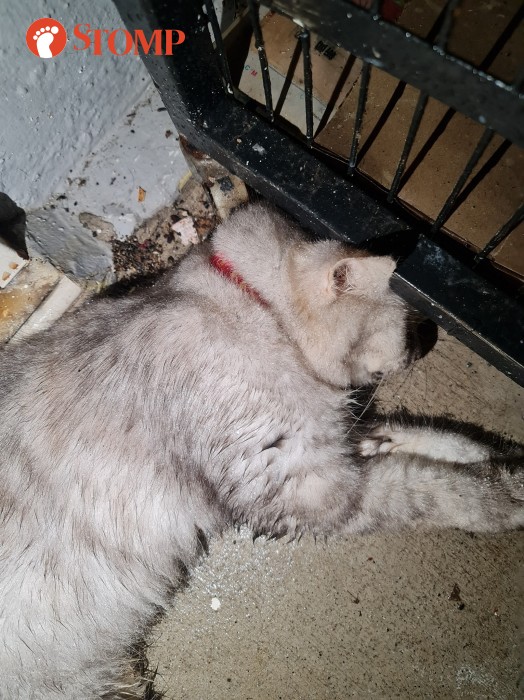 According to the caption, the cat on the ledge had fallen to its death and was found on the ground just below the ledge.

The admin wrote: "Hello owner. So your cat has fallen to its death today. Are you happy now? Do you feel guilty now? I doubt."

On Sunday (Jan 10), yet another video was uploaded to the page. This time, it shows a second cat sitting on the same ledge on the twelfth floor.

"Another cat seen on the ledge after one has fallen to its death yesterday! Don't you learn?" The group admin wrote.

The admin added that the rescuers visited the unit again and noted that the parents were not home.

It was also stated there children who seemed to be about seven to 14 years old answered the door.

The children were subsequently advised to shut the windows to prevent cats from escaping through the window grills.

This appears to be the last update on the Facebook page.

In response to a Stomp query, Ms Jessica Kwok, Group Director of AVS at the National Parks Board (NParks), said: "AVS takes all feedback received from the public on animal welfare seriously, and will look into the cases reported. We were concerned when alerted to cats allegedly falling from a unit at Block 155 Meiling Street and from Block 315C Yishun Avenue 9, and are looking into the reported cases."

Ms Kwok added that responsible pet owners should provide appropriate care to their pets. This includes ensuring that the pet is kept in the safe confines of the owner's home.

"Cats are generally curious and agile, so necessary safeguards such as window grilles or meshes, need to be installed in high-rise apartment units. Owners should also spend time with their pets, especially cats, so that they will be contented and less likely to wander beyond their homes," explained Ms Kwok.

First-time offenders found guilty in their duty of care may be charged under the Animals and Birds Act, and could be fined up to $10,000, jailed up to 12 months, or both.

"As with all investigations, all forms of evidence are critical to the process, such as first-hand eyewitnesses and any CCTV footage. Photographic and/or video-graphic evidence provided by the public will also help," said Ms Kwok.

"They can alert AVS of any suspected cases via the online feedback form on our website at www.avs.gov.sg/feedback or call us at 1800-476-1600. Information shared with AVS will be kept strictly confidential."