Couple from Bukit Merah shop accused of 'forcing cat inside bag and tying plastic around its neck', AVS investigating 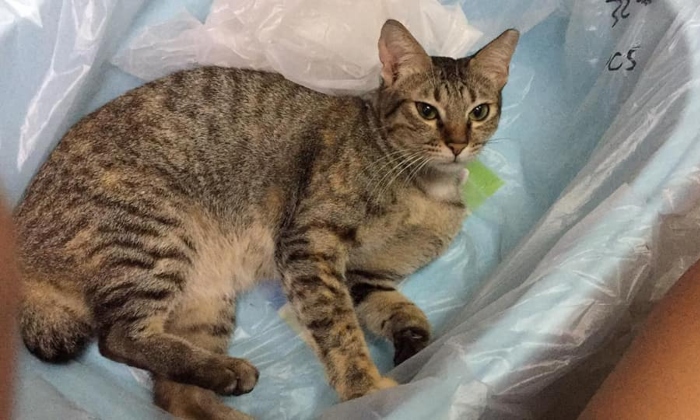 The Animal and Veterinary Service (AVS) is investigating an incident of a cat allegedly being mistreated and tied up inside a bag at Block 111 Jalan Bukit Merah on Friday (Oct 30).

The case was first brought to the public's attention when Rebecca Ong posted about the incident on Sayang Our Singapore's Community Cats Facebook Group on Saturday (Oct 31), which has since garnered over 900 shares to date. 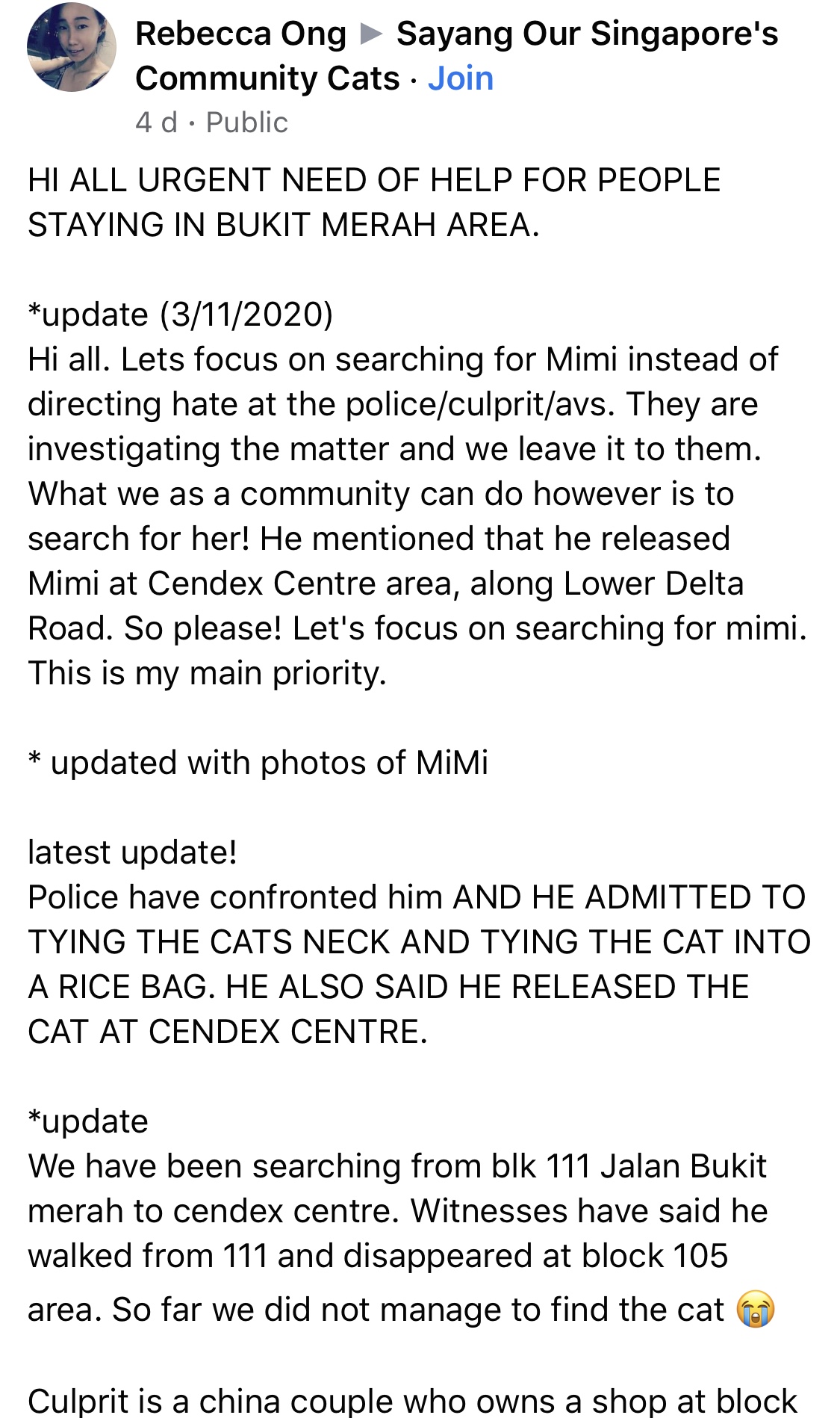 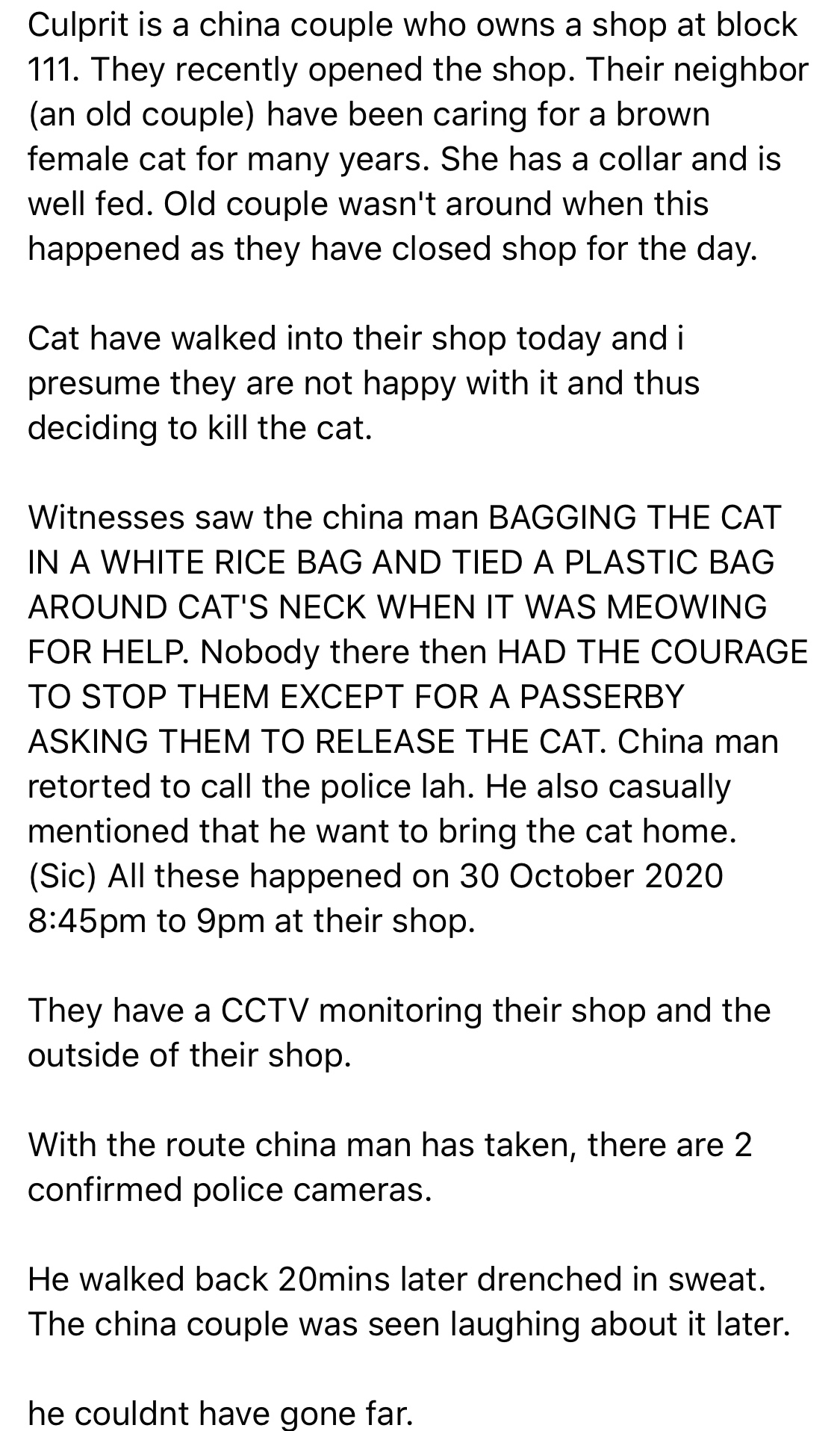 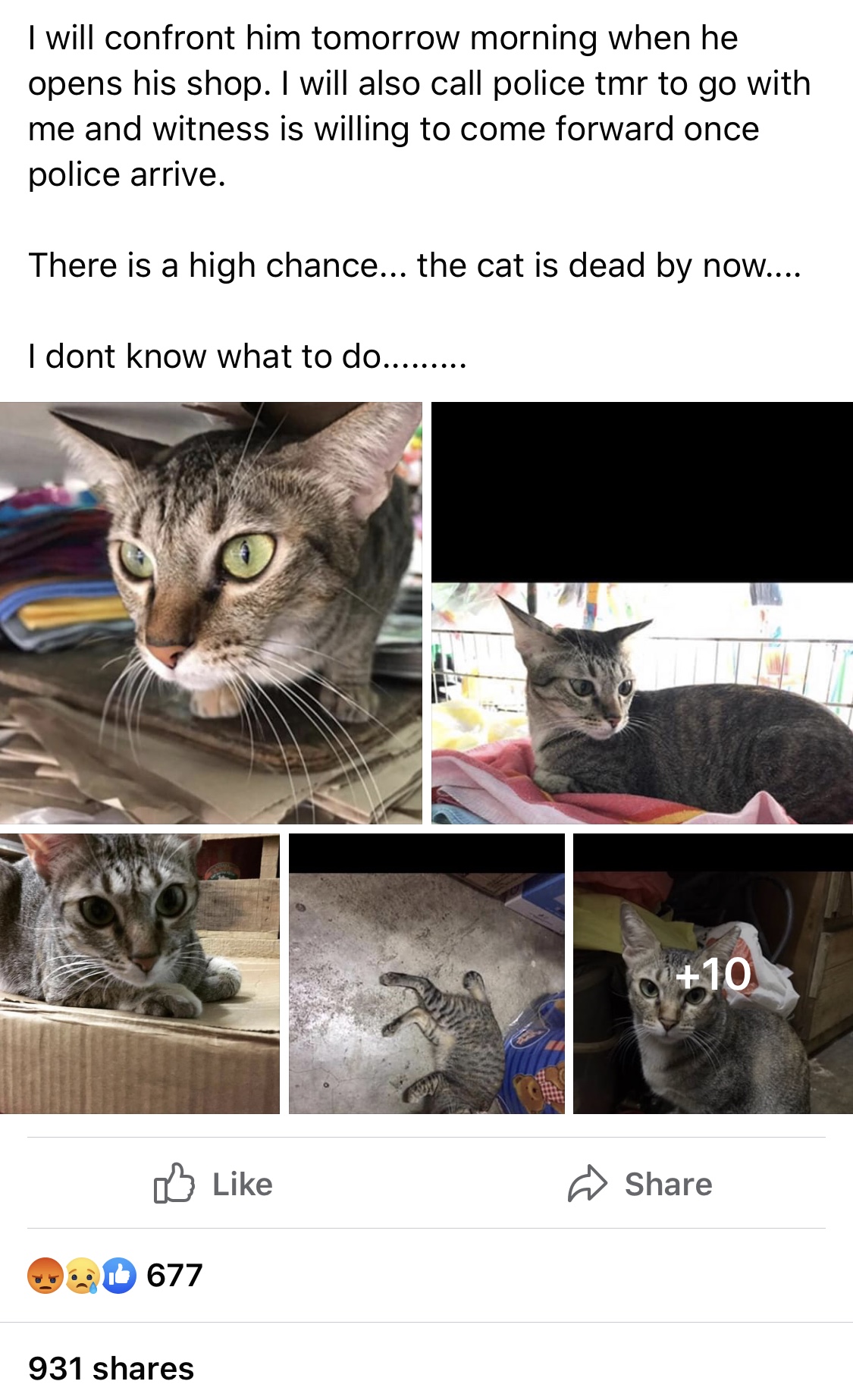 In the Facebook post, Rebecca shared that a couple who owns a shop along Jalan Bukit Merah had allegedly "bagged the cat in a white rice bag" and "tied a plastic bag around the cat's neck" at about 8.45pm that day.

Rebecca added that the cat is not a stray, as it has been fed and cared for by an old couple who also owns a shop in the area.

She shared that the couple who allegedly mistreated the cat took it somewhere else and released it.

They were also seen "laughing about what happened".

When Stomp contacted Rebecca, she said that she called the police when she found out what had happened.

"From what I know, the couple admitted to tying a plastic bag around the cat's neck and placing it inside a white rice sack," Rebecca said.

"He also apparently admitted to releasing the cat near Lower Delta Road after that.

"This is frustrating and enraging. Animal cruelty is not okay."

Rebecca added that the cat is still missing, and that she is desperate to find it. 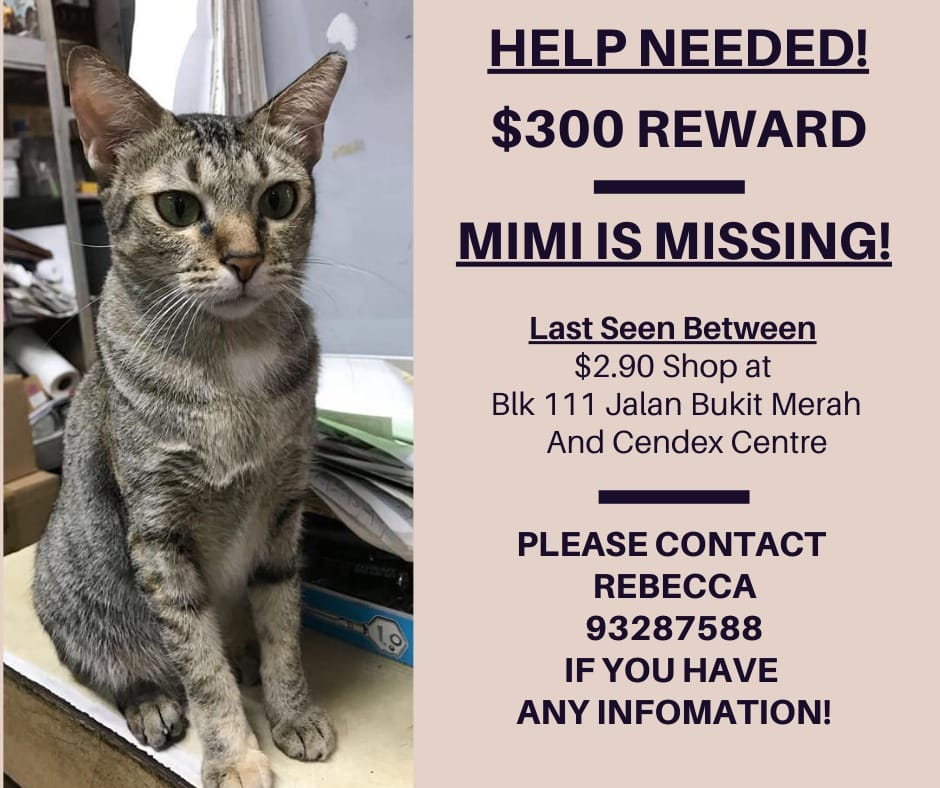 She shared a missing poster of the cat and said: "I have yet to update the poster but I am now offering $1000 to whoever finds the cat."

In response to a Stomp query, Ms Jessica Kwok, Group Director of Community Animal Management at National Parks Board (NParks), said: "AVS, a cluster of NParks, is aware and concerned about this incident. We are investigating the case."

Ms Kwok added that AVS takes all feedback received from the public on animal cruelty seriously.

"As with all investigations, all forms of evidence are critical to the process and photographic and/or video-graphic evidence provided by the public will help," said Ms Kwok.

"They can alert AVS of any suspected cases via the online feedback form on our website at www.avs.gov.sg/feedback or call us at 1800-476-1600.

The police also confirm that a report was lodged.