Mercedes driver takes box of Milo from Woodlands warehouse, returns to pay $18 the next day 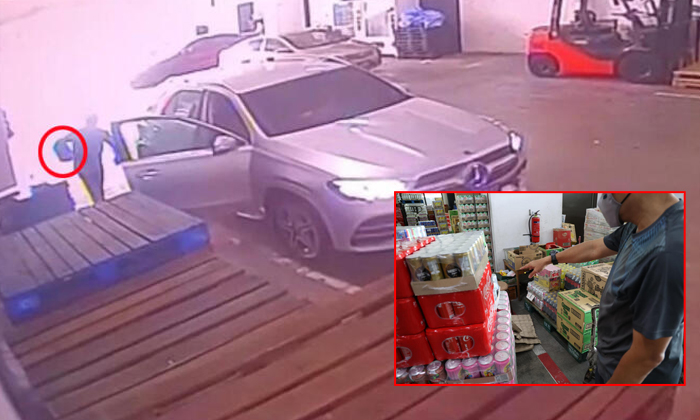 A Mercedes driver was caught on camera taking a carton of Milo from outside a warehouse on Thursday (May 5).

The incident occurred at an industrial building at Woodlands Close at around 5.20pm, reported Shin Min Daily News.

Mr Deng, a 56-year-old beverage wholesaler, said he learnt of the incident after receiving a call from a customer who had arrived at the warehouse to pick up some goods and found a box of Milo missing.

When Mr Deng checked with the building's management, he discovered that a middle-aged man driving a Mercedes had taken the carton of Milo after warehouse staff knocked off work.

Mr Deng told Shin Min: "The driver opened his car boot, put the box of drinks in and left. The process took about a minute or two."

He also said that he recognises the Mercedes and therefore believes that the driver frequents the building.

At his customer's suggestion, Mr Deng called the police.

In response to media queries, the police confirm that a report was lodged and investigations are ongoing.

According to Mr Deng, the Mercedes driver returned in his car the following day and said: "I came to pay back the money."

The driver did not say much nor did he apologise, and just paid $18.

"I recognise him. He's been to the warehouse twice since last year and admitted to taking two boxes of mineral water, so he came to pay the money," added Mr Deng.

Mr Deng believes that the driver is aware that a police report has been made as he looked 'ashen'.

As the driver has paid up and is unlikely to repeat his actions, Mr Deng does not wish to blow up the matter and is considering withdrawing his police report.