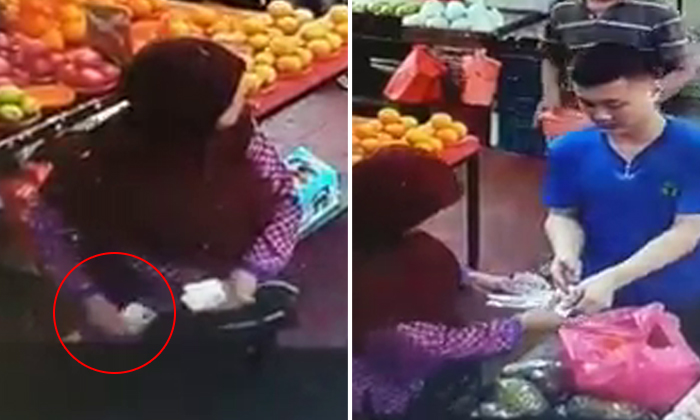 The woman's son has apologised for the incident and returned $10 to the stall.

A woman was caught on camera apparently pretending to have been shortchanged and asking a fruit seller for money that she had already pocketed herself.

The incident reportedly occurred at a market located at Block 441, Pasir Ris Drive 6.

A Facebook user posted a video of the woman's actions, though it appears to be no longer publicly available. However, re-uploaded versions are still circulating on social media.

In the video, the fruit seller can be seen retrieving change from a bucket, counting it out properly in front of the woman, before handing the cash over to her. 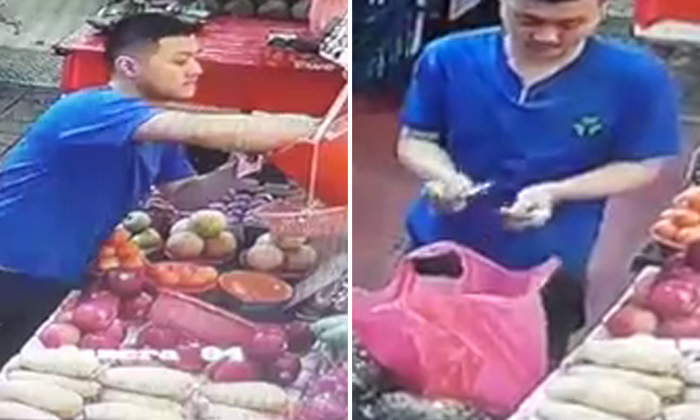 After taking her change, however, the woman appeared to strike up a conversation with the fruit seller and pointing at something downwards, presumably as a diversion tactic.

Meanwhile, she can be seen slipping some of the cash into her pocket. 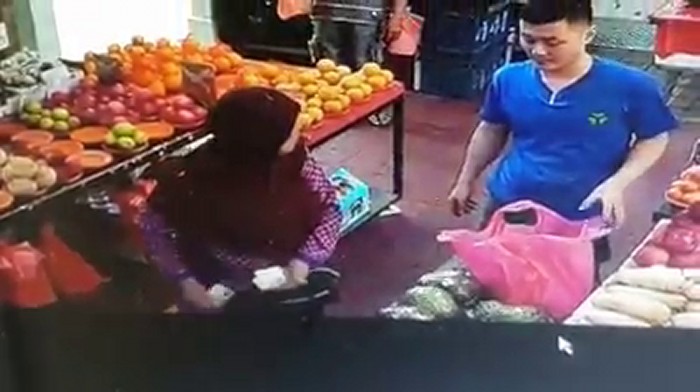 The woman then counted her change again and seemingly told the fruit seller that he had given her an insufficient amount.

She also got him to count the money again.

Although appearing to look puzzled, the fruit seller conceded and handed her more cash from the bucket.

The woman even made a show of calculating her wad of notes and her groceries in front of the fruit seller before leaving.

According to online posts, the amount that the auntie had not-so-secretly pocketed was $10.