Audi brakes abruptly, causing 2 other cars to collide and 'total damage of $4,000' 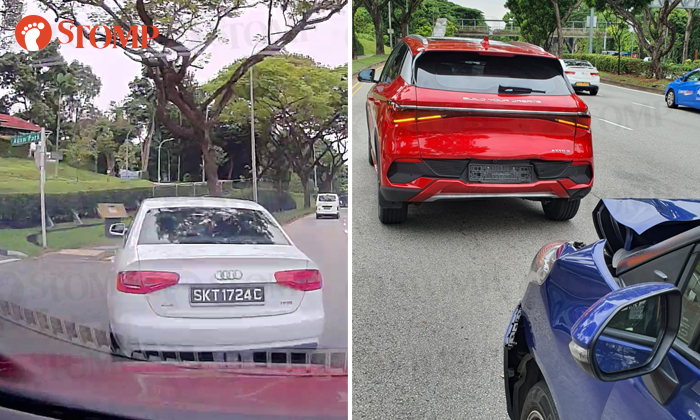 An Audi driver braked abruptly and caused a collision between two other cars along Adam Road, then drove on like nothing happened.

Stomper Anson shared dashcam footage of the incident that occurred near Adam Park on Monday (Sept 19), at around 3pm.

Anson's father, who was driving a blue Toyota, had rear-ended a red BYD car that had braked to avoid crashing into the Audi.

Anson said: "The Audi driver didn't signal until the very last minute as it was about to turn left and suddenly braked, causing the cars behind to collide.

"Not sure if the Audi driver was aware of the collision, but he just drove on as shown in the video provided." 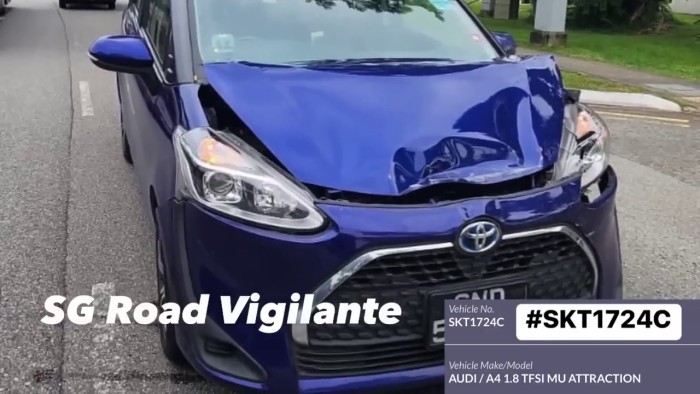 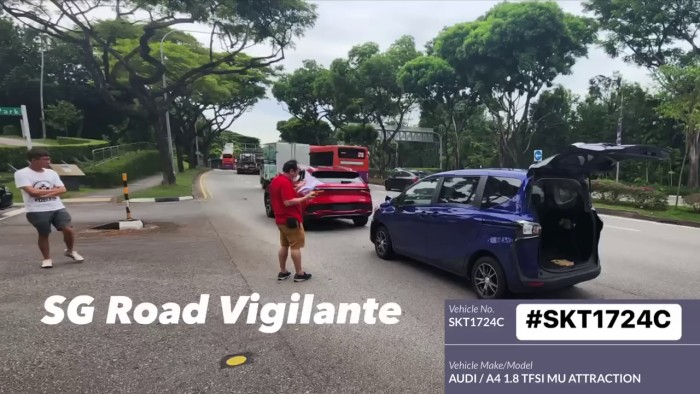 Anson told Stomp that the accident has resulted in much inconvenience and a loss of income for his father.

He explained: "I hope to raise awareness about this incident as it has caused a loss of income to my family.

"My dad had to send his car in for servicing as well as pay a fine to the red car. The total damage was $4,000.

"Servicing of the car could take up to days or weeks, which means that my dad won't have any income at all during this time."