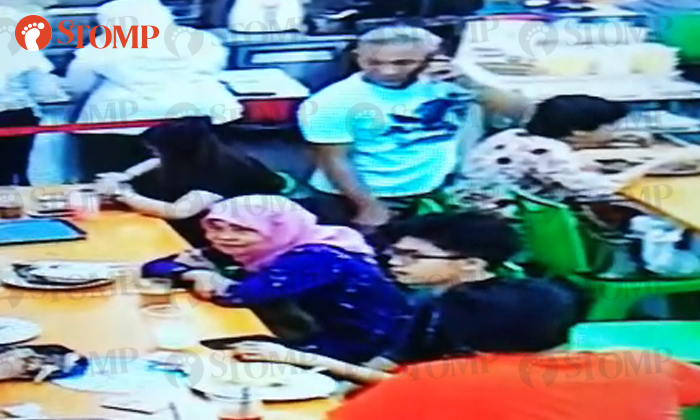 A man who was caught on camera stealing a woman's handbag while she was having lunch has been arrested, the police told Stomp in an updated statement on Tuesday (Dec 25).

Stomper Anonymous, whose girlfriend is the owner of the bag, alerted Stomp to the incident that occurred at the Alwadi coffee shop along Geylang Road on Dec 22.

CCTV footage shows the man loitering behind Anonymous' girlfriend, picking up her bag, and then walking off with it.

Anonymous told Stomp that the bag contained his girlfriend's wallet, which had her IC, bank cards and $10 cash inside.

The police said that they received a report of a theft from person at 3.30pm on the day of the incident and arrested a 59-year-old man in relation to the case.

After learning of the development, Anonymous said: "Thank you very much for your help, Stomp."

Related Stories
Man loiters behind woman and walks off with her bag at Geylang Road coffee shop
Man returns $2k worth of arcade tickets to Stomper after being caught on video
Police looking into incident of youths allegedly breaking into fishing outlet to steal koi and food
More About:
theft
stealing
arrest