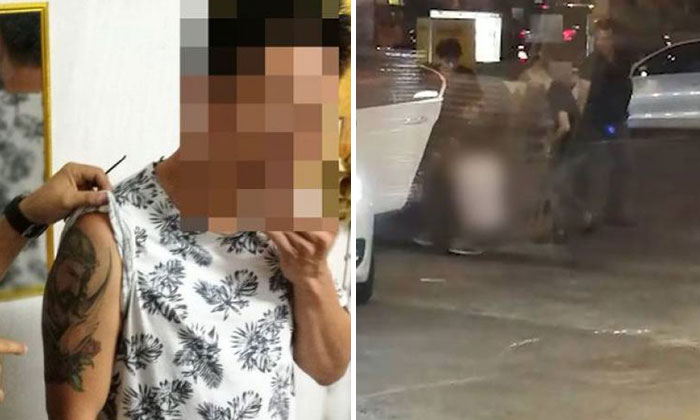 The alleged mastermind behind the murder of a man at a petrol station in Johor Bahru on December 17 2017, was arrested by the police in the  Chaiyaphum province of Thailand at about 7am on Tuesday (May 29).

The suspect, a man in his 40s, sports a tattoo on his right arm, and has been on the run for months.

A video of the gruesome murder had circulated on social media, which shows the victim known as “Ah Chiu” getting stabbed and run over by a car twice within the compound of a Shell petrol station at  Jalan Sri Pelangi in Taman Pelangi.

He was subsequently pronounced dead at the scene.

The Straits Times compiled a sequence of events that took place on the day of the incident.

In an interview in January, Bukit Aman's Criminal Investigation Department chief Datuk Seri Wan Ahmad Najmuddin Mohd had revealed that several suspects alleged to be involved in the murder had gone into hiding in Thailand.

“The man is the most sought after suspect in the murder case. He is the alleged mastermind.”

He added that the rest came after a request for assistance from the Malaysian authorities filed a few months ago.