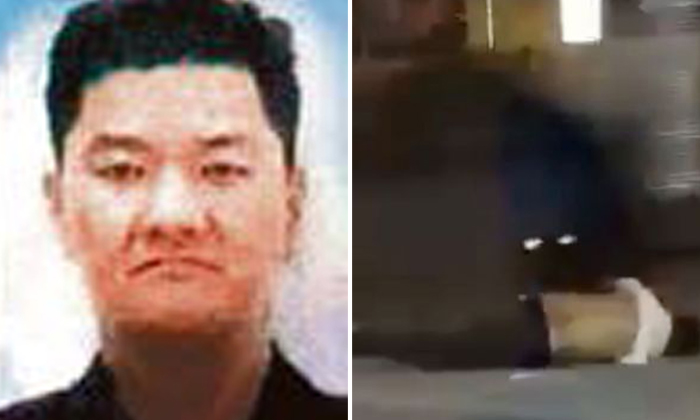 A turf war between two underworld gangs is the reason behind the brutal killing of a man at a Johor Baru petrol station on Dec 17, according to Malaysian officials.

The victim, 44-year-old Tan Ah Choy, was stabbed and mowed down twice by a BMW at a Shell petrol station in Taman Pelangi, located just 4km from the Causeway.

The victim was conscious but was believed to have died while help was on the way, reports The Straits Times.

"Yes, he was the leader of one of the gangs. It stemmed from a turf dispute between two rival gangs," Home Minister Ahmad Zahid Hamidi told reporters yesterday.

"The four suspects who attacked the man have also been identified, police are hunting them down as we speak."

Asked about the possibility of retaliation from the murdered man's gang, Datuk Seri Zahid, who is also Deputy Prime Minister, said: "There is, since it involves secret societies. It is their nature to be vindictive, but the police are always ready. There is never a day without operations being conducted."

The victim was also said to have 14 previous drug convictions.

The victim's wife on Monday took his remains from the morgue of Sultanah Aminah Hospital.

Asked at a function if Tan was indeed a gang leader, Malaysian deputy police chief Noor Rashid Ibrahim said: "We don't want to jump to conclusions, let us investigate first. Based on the information that we have, there's an involvement of money but we don't discount the possibility of it being a triad war."

Two suspects have been arrested in connection with the murder as the manhunt for the four assailants continue.