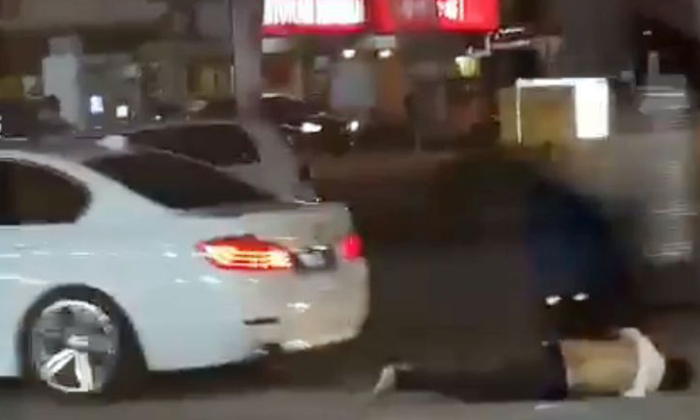 Two people have been arrested in connection with a murder that took place at a Shell petrol station in Taman Pelangi.

The two suspects, a man and a woman aged 19 and 22 respectively, were arrested at 2.30am today (Dec 20), reports The Straits Times.

In a statement, Johor police chief Datuk Mohd Khalil Kader Mohd, said the duo have been arrested to aid the police in the case.

He also cautioned the public not to spread any inaccurate news on the case as it could jeopardise investigations.

The high profile murder case occurred on Dec 17, where a video of a man being attacked and killed by 4 men went viral. The victim was stabbed and run over twice by a white BMW at the Shell petrol station, located just 4km away from the Causeway linking Singapore and Malaysia.

Police said an autopsy showed the man died of a "stab wound to the heart".

Home Minister Ahmad Zahid Hamidi told reporters on Tuesday that the victim was the leader of a criminal gang and the attack had allegedly stemmed from a turf dispute between two rival groups.

However, Malaysian deputy police chief Noor Rashid Ibrahim said: "We don't want to jump to conclusions, let us investigate first. Based on the information that we have, there's an involvement of money but we don't discount the possibility of it being a triad war."