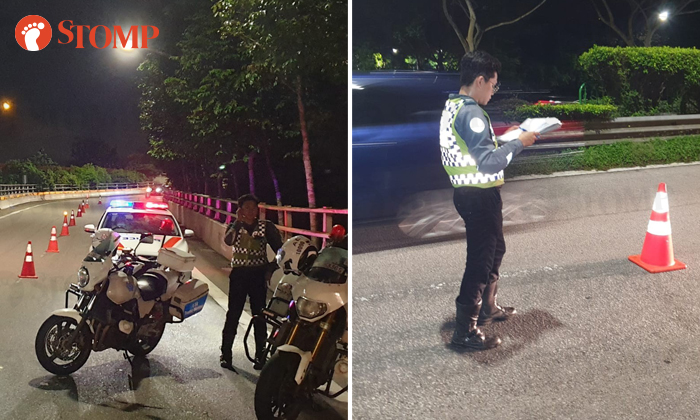 Security firm Aetos is investigating an incident in which one of its officers was seen without a face mask on when responding to an accident scene.

Stomper T said that the accident occurred along Seletar Expressway towards Bukit Timah Expressway on Thursday (May 28), at around 5.30pm.

According to T, his sister-in-law was driving home from work in the rain when her car got into an accident with a motorcyclist.

T alleged that one of the Aetos officers who arrived at the scene was not wearing a mask "throughout" the incident, while another did not have his mask on properly. 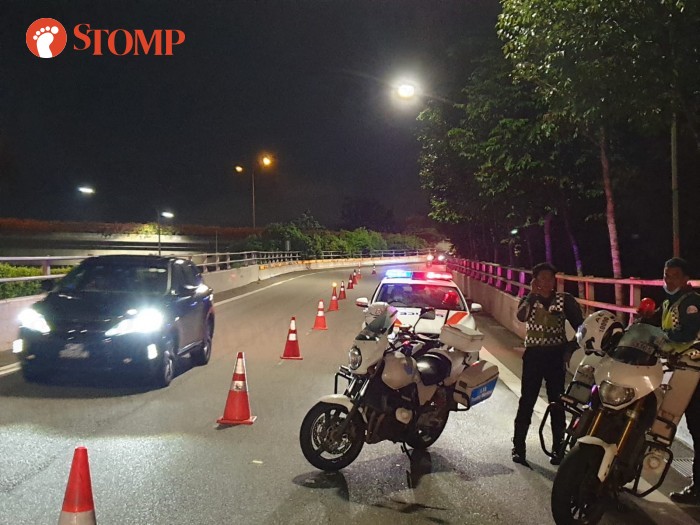 T told Stomp on Monday (June 1): "Everyone on scene is responsible for wearing their masks properly, no more than these two Aetos officers. But one anyhow wear his mask, the other totally never wear."

"Is this allowed during the circuit breaker period? And as enforcement officers, shouldn't they be setting a good example for the public?

"Even the Traffic Police officer who arrived on the scene was spotted wearing a face mask inside his patrol car.

"The purpose of sharing this is to show awareness and the importance of abiding to rules especially during the circuit breaker period."

In response to a Stomp query, Aetos said: "Aetos takes a very serious view of all such matters. We are currently conducting an investigation into the incident in question."

Related Stories
TP officer being investigated for not wearing mask properly while on duty: Police
Man fined after refusing to wear mask and challenging employee to a fight at Square 2 mall
Auntie accuses enforcement officer of bullying and forcing her to wear mask: 'It's my problem if I die'
More About:
Covid-19
Aetos