TP officer being investigated for not wearing mask properly while on duty: Police 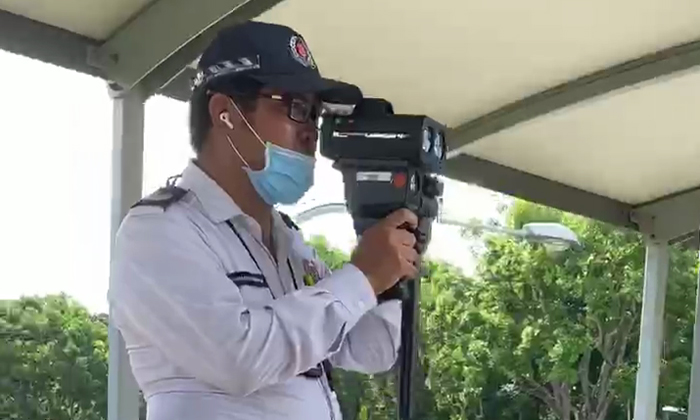 The police are investigating a Traffic Police (TP) officer who was caught on camera not wearing his mask properly while performing his duties.

Several Stompers alerted Stomp to a video of the incident that occurred on a overhead bridge.

While the TP officer in the video had a mask on, he was not wearing it properly. The mask can be seen covering the man's mouth but not his nose.

The TP officer does not react to being filmed.

In one post on Facebook, the video has garnered over 1,000 shares ever since it was uploaded on Sunday night (May 17).

In response to Stomp queries, the police said that all police officers are required to wear a mask when performing their duties, to comply with circuit breaker measures.

"The TP officer in the video is being investigated for not wearing his mask properly," they said.