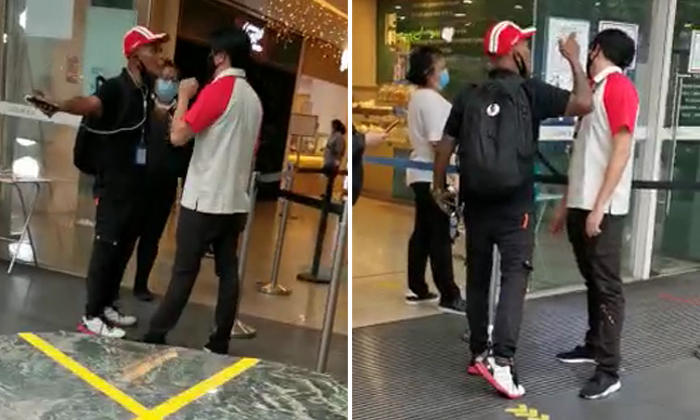 A 58-year-old man was fined $300 after he refused to wear a mask and challenged a staff member at a Novena shopping mall to a fight on Monday (May 11).

Several Stompers shared a video of the incident has been circulating online, showing the man shouting at an employee at Square 2 shopping mall.

In the video, the man, who had his mask pulled down under his chin, can be heard saying, "What are you going to do to me?"

The employee then replies, "Can you put on the bloody mask or not?"

This further enrages the man, who yells back, "If I don't put what? Bloody mask? If I don't put my bloody mask, what do you want?" and "I challenge you, come!"

In response to queries by Stomp, the police said they received a call for assistance from a private security officer at Square 2, located at 238B Thomson Road, at 5.52pm.

When police arrived, they established that the man had refused to put on his mask properly despite being advised repeatedly by a staff member of the mall.

"The police officers subsequently issued the man with a notice of composition of S$300 for not wearing a mask under the COVID-19 (Temporary Measures)(Control Order) Regulations 2020," a spokesman told Stomp.

"He was also advised to adhere to the measures and left the area thereafter."