Accountant who said female cop was 'worse than a prostitute', spat on officer gets appeal dismissed 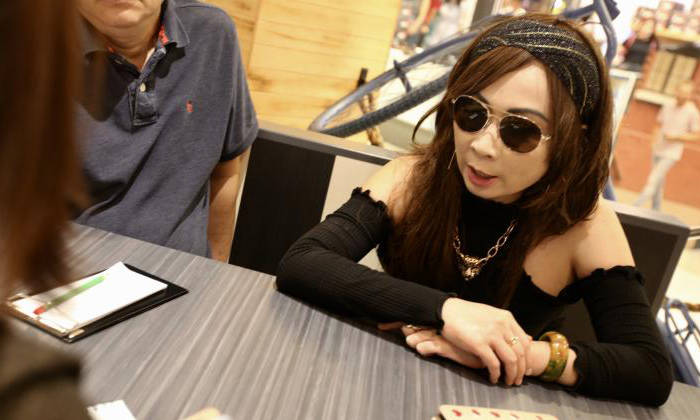 A woman who was sentenced to seven months in jail for various offences, including verbally abusing a police officer in a vulgar 600-word tirade, has gotten her appeal dismissed.

Huang Huiling, who is now 49, faced 21 charges, including those under the Road Traffic Act and Protection from Harassment Act.

It was earlier reported that she pleaded not guilty to seven of these charges.

Huang, an accountant, had kicked up a drunken scene at the multi-storey carpark of Block 510A Jelapang Road on April 9, 2016, at around 3am.

When police responded to the case of suspected drink-driving, Huang was uncooperative.

She was asked to take a breathalyzer test, but reportedly claimed that she had no experience in oral sex and did not know how to 'blow'.

She also verbally abused a female sergeant and called her 'worse than a prostitute'.

After kicking the female sergeant and her male colleague, Huang spat on a senior officer's face.

The accused later said that a break-up with her boyfriend had caused her to drown her sorrows in alcohol, hence resulting in the incident.

According to Shin Min Daily News, Huang denied assaulting the police officers and asked the judge to dismiss those charges.

She said she thought one of the officers had pointed his middle finger at her. As such, she grabbed his finger and told him to put it down.

She also claimed that she had extended her foot to pick up her wig, which had fallen on the ground, and did not mean to kick anyone.

Saying that being drunk and angry at the time of the incident had led her to using abusive language on the police, Huang asked the judge to shorten her sentence.

However, the prosecution said that Huang's drunken state was an aggravating factor and asked for her appeal to be dismissed.

The judge was in agreement and dismissed Huang's appeal.