Accountant said female cop was 'worse than a prostitute', kicked her and spat on senior officer 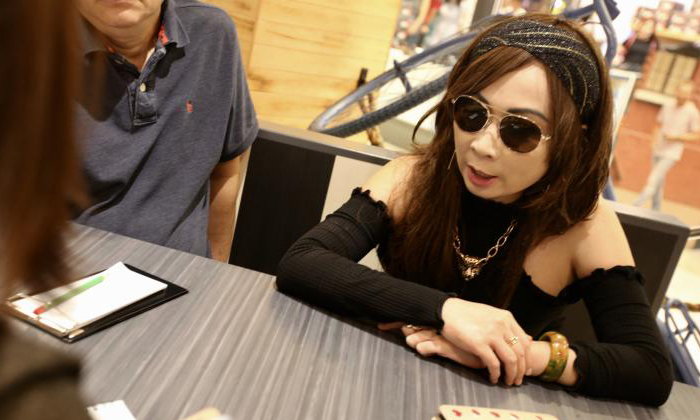 A female accountant who rejected taking a breathalyzer test kicked up a scene that lasted for about one hour, during which she verbally abused a police officer in a vulgar 600-word tirade.

Huang Huiling, 48, was sentenced to seven months in jail on Tuesday (Aug 21), but plans to appeal against her conviction.

She faces 21 charges, including those under the Road Traffic Act and Protection from Harassment Act. She pleaded not guilty to seven of these charges.

According to Shin Min Daily News, the incident occurred at around 3am on April 9, 2016, at the multi-storey carpark of Block 510A Jelapang Road in Bukit Panjang.

Residents had complained of a commotion from the carpark, and a police sergeant went to investigate what was suspected to be a case of drink-driving involving Huang.

As Huang was uncooperative, the sergeant called for backup and two colleagues, including a female sergeant, responded to the scene.

The female sergeant then asked Huang to take a breathalyzer test.

However, Huang refused to cooperate, reportedly claiming that she had no experience in oral sex and did not know how to 'blow'.

At around 3.50am, Huang began verbally abusing the female sergeant with a string of curse words.

She allegedly said the female sergeant had sexual intercourse and oral sex with a man, but did not collect payment, making her 'worse than a prostitute'.

Her vulgar rant, which lasted for several minutes, was recorded down and said to be around 600 English words.

Besides kicking the female sergeant in her right thigh, Huang had also reportedly kicked the male sergeant who first responded to the scene when he was waiting for backup.

Seeing that Huang was uncooperative, a senior police officer at the scene decided to bring her back to the police station.

While Huang was entering a police car, she allegedly spat at the senior officer's face.

Huang's entire tirade at the carpark and police station, which was caught on police cameras, lasted for around an hour.

Whe interviewed on Wednesday (Aug 15), Huang appeared remorseful but said she plans to appeal against her conviction.

She told Shin Min that a break-up with her boyfriend had caused her to drown her sorrows in alcohol, hence resulting in the incident.

"He was very violent towards me, smashing the mirrors and cabinets at home. I called the police several times. We were together for four to five years and I wanted to end the relationship, but he keeps asking for a reconciliation," added Huang.