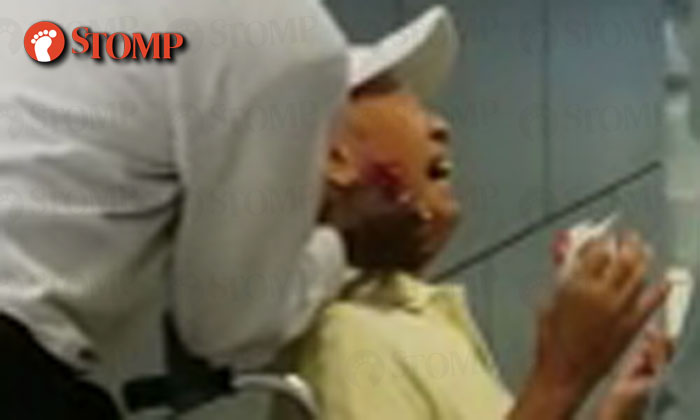 A 90-year-old wheelchair-bound man was sent to Tan Tock Hospital after getting bitten by another man at ONE KM shopping mall yesterday evening (Jun 14).

Stomper Tan was nearby when she heard screaming.

When she turned around, she saw the elderly man screaming in pain while a man was biting the side of his face.

Stomp understands that the man is in his 20s but it is unclear why he attacked the old man.

"The man in the wheelchair was bleeding and screaming for help," said Tan.

"Thankfully the mall's security guards came to his rescue and quickly wiped the blood from his face.

"They were very fast."

Shortly after, police and paramedics arrived at the scene.

In response to Stomp's media queries, a police spokesperson said:

"A 90-year-old man was conscious when conveyed to Tan Tock Seng Hospital.

Related Stories
Woman who stabbed ex-BF in AMK lift: "He was already married, wanted me to abort our baby"
Stranger walks past 47-year-old man along Havelock Road -- then punches him for no apparent reason
Woman who accused M'sia Uber driver of molest arrested after her husband and mob whack him
More About:
bite
assault
blood
elderly
Katong