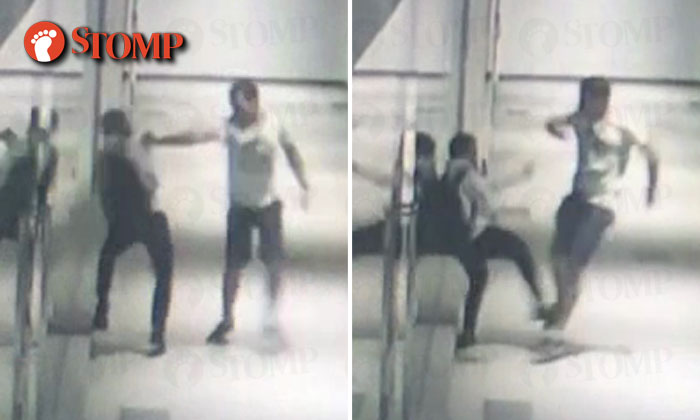 A stranger attacked Stomper MF at the ground floor of a building on 2 Havelock Road at around 11.30pm on Jun 8 for no apparent reason.

A video of the incident first shows the Stomper walking under the building.

The stranger in a white T-shirt and shorts then appears from the opposite direction. As he approached the Stomper, he tried to aim a punch at his face.

Thankfully, MF managed to block the blow with his left hand and ran away after that.

The stranger did not give chase and the Stomper last saw him running across the road towards Chinatown Point.

MF sustained bruises on his hand as a result of what happened.

In a telephone interview, he said that his attacker is a Caucasian man in his early 20s who did not appear to be drunk. He was constantly looking at the Stomper as they were walking towards each other.

The Stomper does not know why the man assaulted him and has since lodged a police report over what happened.