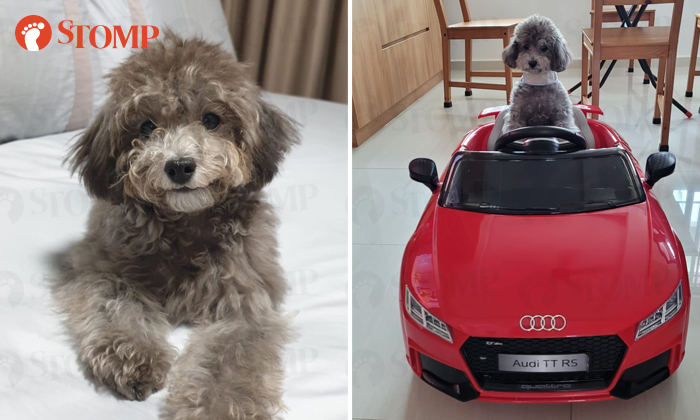 The dog has been found.

Have you seen Yuuki the female silver toy poodle?

She went missing at Block 562 Hougang Street 51 on Saturday (Feb 5), after slipping out of the gate without anyone's knowledge during Chinese New Year visiting.

The poodle was not wearing a leash or collar at the time of her disappearance, but has a colourful diaper on her.

Yuuki's devastated pawrents have posted an appeal on Facebook, in which they are offering a reward of $7,800 for her safe return. 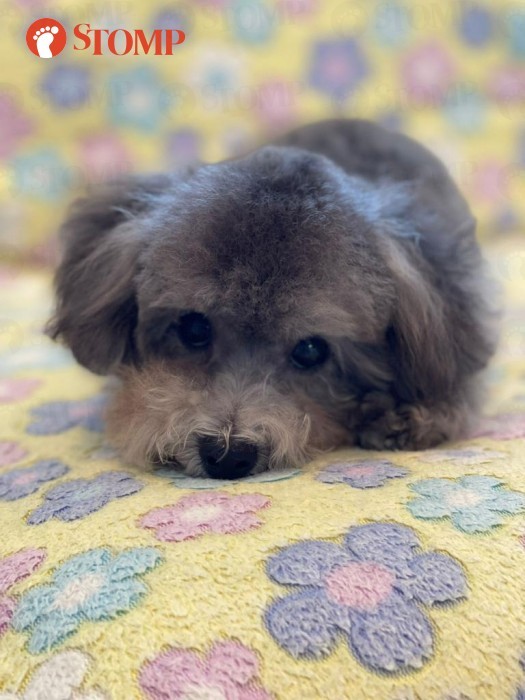 Facebook user Joyce Sor said: "We’re desperate to have her back home with us, to make our family complete.

"Our story: we had a previous pet by the name of Yuki, who passed away in June 2021 when she was at the age of 19 years old.

"We dearly missed her so much that we decided to get another pet in memory of the sweet moment we had with her in the last 19 years. To commemorate our dear Yuki, we named this new Female Silver Toy Poodle, by the name Yuuki (with a double 'UU').

"Everyone should be able to understand the grief, sadness, sleepless nights we’re going through now, and we sincerely ask for your kind help to return us our Baby Yuuki."

The owners also said that anonymity is assured and they will not pursue the matter further as long as Yuuki is back safely.

View more photos of Yuuki in the gallery.

Related Stories
Girl, 10, appeals for return of pet lovebird that flew off from Choa Chu Kang HDB flat
Couple looking for parrot that fell out of window and was likely found by biker in Tampines
Found: Police investigating incident where parrot was allegedly stolen in Yishun
More About:
pet
dog
dogs
cute
animals
lost