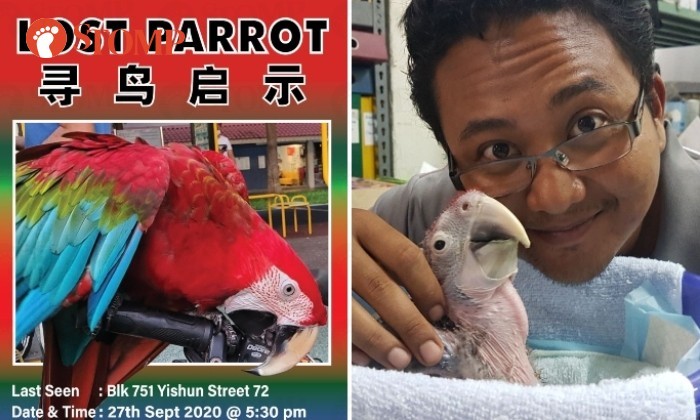 The parrot has been found.

The police are investigating an incident where a parrot was allegedly stolen at Block 751 Yishun Street 72 on Saturday (Sep 26) at 5.30pm.

Stomper Dickson, who is a friend of the parrot's owner, informed Stomp about this incident and sent photos of the parrot.

"I heard that this parrot was stolen," said Dickson.

"The parrot's name is Leo and he will be three years old on Oct 6.

"The owner's mother is very worried about Leo." 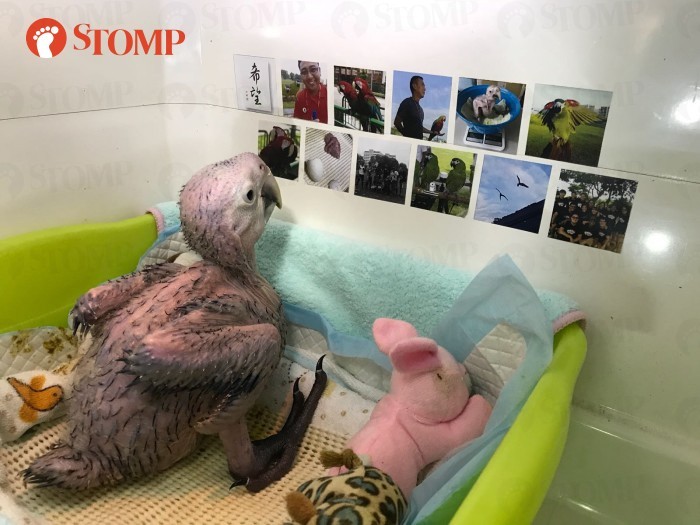 (Photo: The parrot when it was a baby)

When Stomp contacted the owner of the parrot, Mr Shawalhudin, he shared that he has made a police report.

"I was letting my parrot fly freely that day and it flew from Block 770 Yishun Ring Road to the corridor railing of Block 751 Yishun Street 72," Mr Shawalhudin said.

"Soon after, my friend messaged me and said that he saw my parrot squawking loudly at Block 751.

"I headed over to that block but my parrot was no longer there.

"There was no sound of it squawking as well.

"Since it was getting dark, I headed back home, hoping to see it the following morning.

"I thought it might have flown to a nearby tree to rest for the night.

"On Sunday morning (Sep 27), I went back to Block 751 and was shocked when some residents told me that they saw someone else pick my parrot up.

"That was probably why it was squawking so loudly."

Mr Shawalhudin mentioned that he made a police report immediately after hearing this.

"This is the first time my parrot has gone missing," he added.

"It is frustrating knowing that someone would take something that does not belong to them. It is the same as stealing an item.

"I hope my parrot will be found soon."

In response to a Stomp query, the police have confirmed that a report was lodged and investigations are ongoing.